Particulate Matter Air Pollution causes 15,000 premature births in the US and costs $4 billion/year

The serious health effects of particulate matter air pollution are wide ranging and well known.  Short term and long term exposure causes premature death, particularly from cardiac and pulmonary disease, and is associated with dementia and many other diseases. Long-term exposure can impede lung development and cause chronic respiratory diseases in children.

Exposure during pregnancy is associated with ADHD, autism, obesity, and other diseases in children, and causes an estimated 15,000 premature births in the United States every year

A study released today in the journal Environmental Health Perspectives adds an important new piece of information – the cost of the premature births alone is over $4 Billion per year.

The lead study author, Leonardo Trasande of the Department of Pediatrics, New York University School of Medicine, emphasizes that these health impacts and costs are preventable:

Learn more from the infographic the links below. 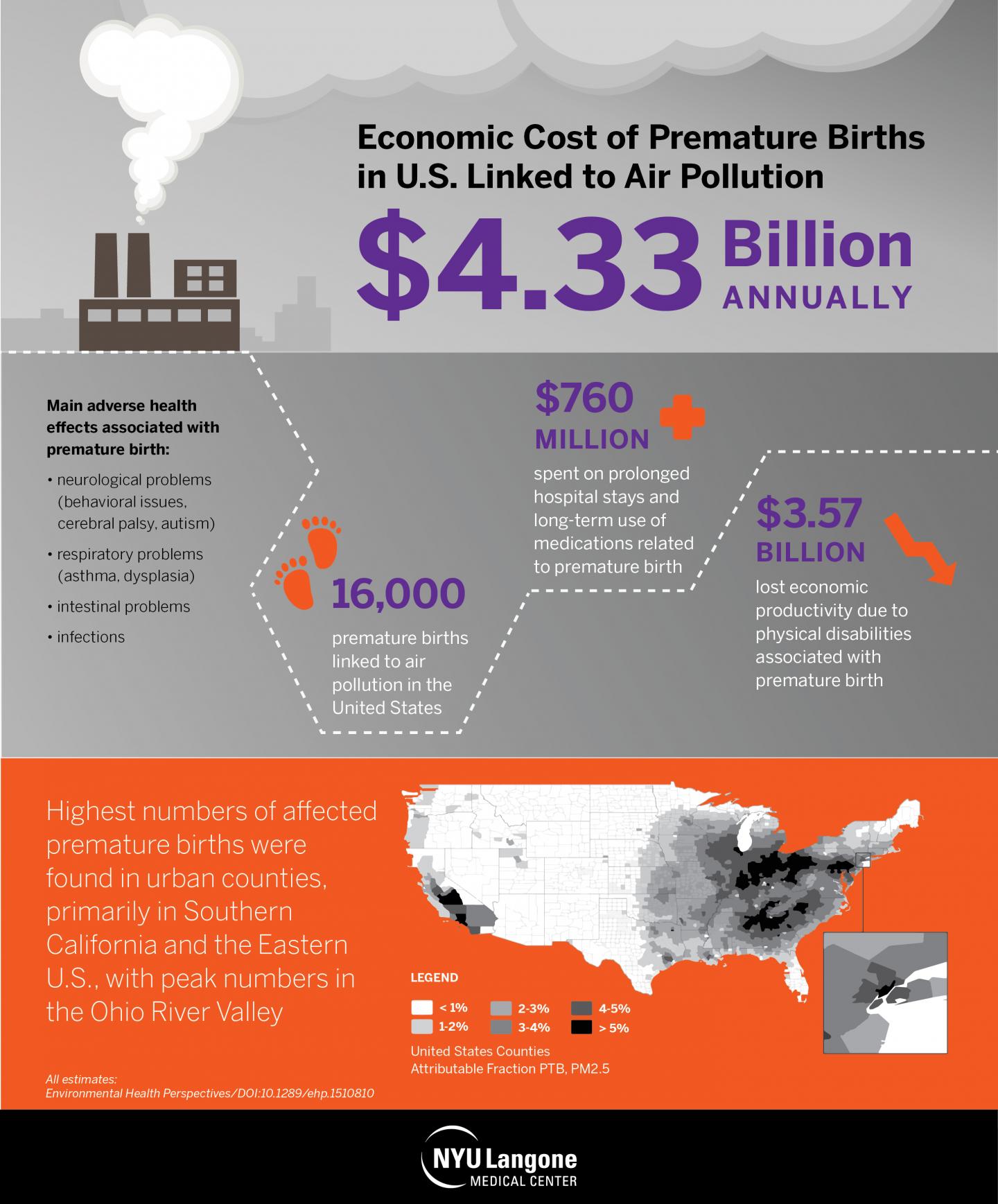