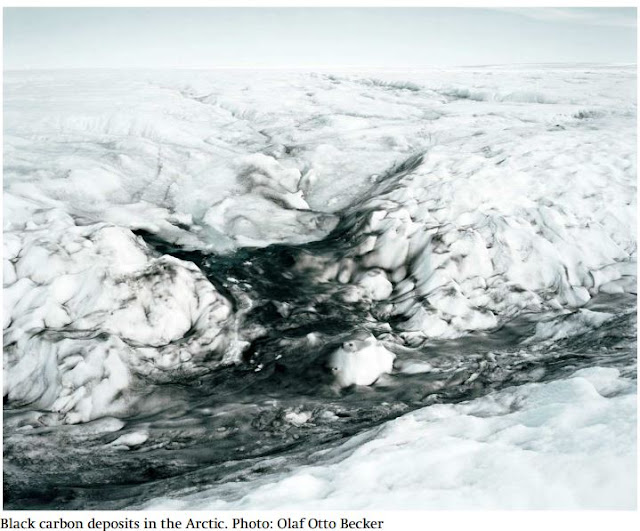 Just 15 of the worlds cargo ships may emit as much pollution as all of the world cars, with devastating effects on the climate the public health.

The International Maritime Organization (IMO) estimates that almost three percent of worldwide Carbon dioxide emissions are from shipping, along with huge amounts of particulate matter and other pollutants, and projects that to rise 2-3 times by 2050 if no action is taken.

The video below, from the Health and Environment Alliance does an excellent job of describing the problem.

Do you know shipping companies could slash their air pollution emissions without appreciably increasing the cost of shipped goods simply by substituting clean diesel for bunker fuel, adding particle filters, and implementing selective catalytic reduction (SCR) systems?
The German Nature And Biodiversity Conservation Union has called on shippers throughout the world to call on shipping companies to do just that.

The implementation of these measures would reduce black carbon emissions by 99 per cent, nitrogen oxide emissions by 97 per cent and the emissions of other toxic substances such as toxic metal oxides by more than 99 per cent.
Learn more about NABU and their demands at:
Cleaner air is possible – Container ships need to become more climate-friendly, NABU
For more background, including the NABU report, Air Pollution from Container Ships, please visit Shipping Emissions – MFN Library
Also see:

Ocean going vessels, Friends of the Earth
Health risks of shipping pollution have been ‘underestimated’, The Guardian