500,000 California students attend school in oil train blast evacuation zones – how many in your state?

The Center for Biological Diversity has released a study that shows over 1/2 million California school students attend school in oil train blast zones. 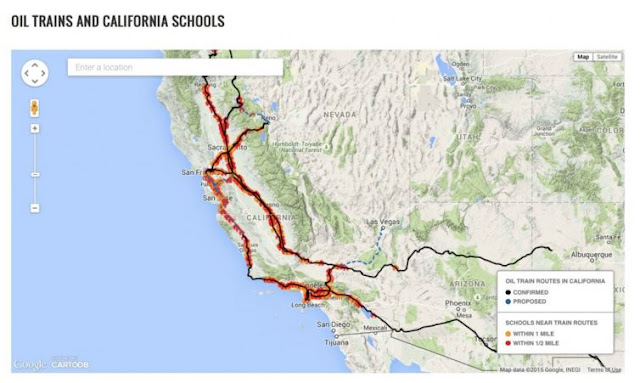 As reported on in their web site (linked below):

For more information, visit the Center for Biological Diversity (CBD) web site:
OIL TRAINS AND CALIFORNIA SCHOOLS
Or read about the study at DeSmog Blog:

For more on this subject, see:

Routing oil trains through densely populated California towns is a bad idea. San Luis Obispo Tribune.
Would you like to know how many students are in the oil train blast evacuation zone in your state?  Check out the CBD methodology.NIA SCHOOLS
Opinions expressed in this blog are those of the author, and do not necessarily represent the positions of the Moving Forward Network or its members. All errors are the responsibility of the author.