In recent months, we’ve carried stories about both a planned Canadian Northern expansion in St. Paul MN, and serious safety violations by BNSF in nearby Minneapolis, 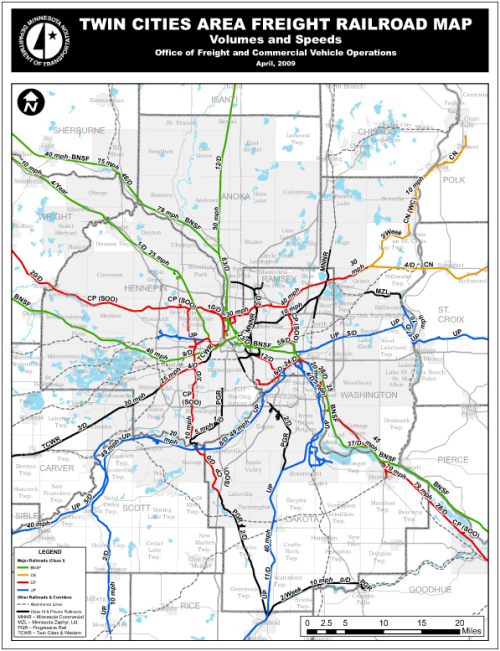 Today, in a move that’s prompted opposition, the two railroads have proposed an interconnection in the suburbs of nearby Minneapolis.

For background on the CN St. Paul expansion plans and BNSF safety violations: