Night shifts at L.A.-area ports to be cut, in latest move during talks 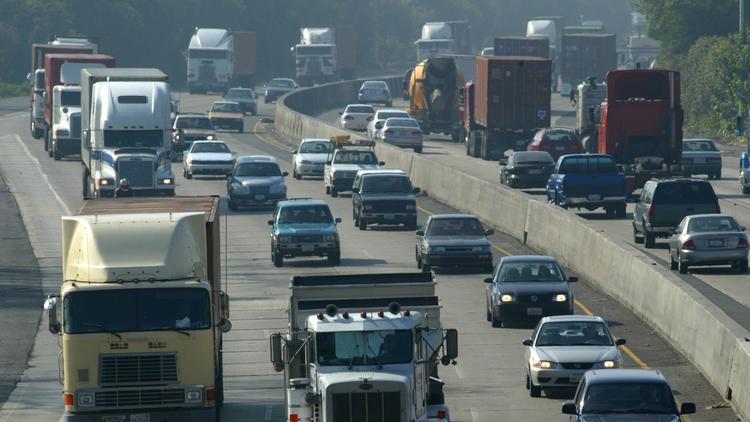 Employers at the ports of Los Angeles and Long Beach will no longer order dockworkers to unload ships at night, a move they contend will help relieve crushing congestion on the waterfront.

The labor cut, scheduled to begin Tuesday, is intended to put fewer new containers on docks that are near capacity, allowing night-shift workers to focus on clearing the cargo boxes already there, said Steve Getzug, a spokesman for the Pacific Maritime Assn., which represents shipping lines and terminal operators

Workers will still be called at night to put containers onto trucks and rail cars and will also unload ships during the day, he said.

But the union representing West Coast dockworkers said the work reduction would increase port congestion and is intended to pressure union negotiators who have been attempting to reach a new labor agreement for eight months.

If cargo isn’t unloaded at night, the backup of ships anchored off the coast will grow, said Adan Ortega, a spokesman for the International Longshore and Warehouse Union Local 13 in San Pedro.

“It can only do one thing — it can only make it worse,” he said.Last week, tensions between the sides appeared to ease when employers and the union asked for federal mediation to help reach a new contract for about 20,000 West Coast dockworkers.

But the two sides have broken their brief silence, issuing dueling news releases that blamed each other for severe cargo congestion up and down the coast.

“[Employers appear] to be abusing public ports and putting the economy at risk in a self-serving attempt to gain the upper hand at the bargaining table,” the union said.

Employers also accuse the union of trying to gain leverage during negotiations. They say the union is  deliberately slowing operations at ports in Los Angeles, Long Beach, Oakland, Seattle and Tacoma, Wash.

The union, however, has said congestion is the result of employer-induced snafus, including a shortage of trailers that truckers use to haul goods from the ports and the rise of massive container ships that have overwhelmed the docks.

Before the slowdown accusation first surfaced, L.A. and Long Beach were already experiencing the worst congestion in a decade. The two ports make up the nation’s largest cargo container complex, receiving about 40% of the nation’s imported goods.

In L.A. and Long Beach, employers say the union has refused since November to dispatch many skilled crane operators who put cargo containers onto trucks and rail cars.

The tactic has reduced the number of workers and worsened congestion at the two ports, employers say.

“The [union] slowdowns and the resulting operational environment are no longer sustainable,” Getzug said.

Two weeks ago, employers reduced the number of workers called to unload ships at night in Los Angeles and Long Beach, saying doing so would allow them to more easily clear congested yards.

Getzug said that reduction led to “some incremental improvements” and employers hope that by stopping all-night unloading improvement will quicken.

Current contract talks have been ongoing since May and dockworkers have been working without a deal for more than six months.

The talks are the most heated since 2002. Then, following slowdown accusations, employers locked out workers for 10 days, shutting ports along the West Coast and sending ripples through the national economy.

Employers haven’t threatened such an action this time.