AT LENGTH-On one of my many trips to the old San Pedro Post Office recently, I stopped off at this town’s newly renovated Plaza Park. I had good reason to stop at one of this town’s oldest green spaces that overlooks the industrial Port of Los Angeles. My mission was to talk with a few of the homeless residents who had recently been unceremoniously evicted from the park and dispossessed of their belongings by some unknown city department. 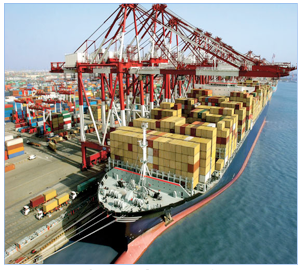 The accusation is that the city did not follow policy on dealing with these homeless people. The park is not posted with either “no camping” or “hours closed” signage. And the law clearly states that people must be given 72 hours notice before their belongings can be confiscated, even if it looks like a pile of junk.  One man’s treasure is another’s trash, I suppose.

On Dec. 3, the Harbor Division of the Los Angeles Police Department hosted an outreach effort at the Bartlett Center to address the community’s concern over the number of homeless at the park and their treatment, as well as offer services from various agencies that serve the homeless.

Harbor Division’s Capt. Gerald Woodyard attended the event and said point blank, “It’s not against the law to be homeless, but if we find them in violation of any other laws we’ll enforce them.”

According to two fellows camped out in the park across the street, the LAPD has “rousted” them 30 times in the past 45 days, but it wasn’t the police who evicted them and removed their property. So I asked the two guys if they had a way to contact me if it happened again and to my surprise one man with a toothless smile offered up that he had a cell phone and would call me if it did.

When I stood up to walk away, I looked out over the harbor at the vast expanse of containers and cranes and cargo ships. Then I looked back at these poor souls camped in the park, and thought, “Can we really have this kind of poverty juxtaposed to so much wealth?”

The hypocrisy of this only sunk in when I thought about a homeless man living at the bottom of the economic scale and yet he owned a cell phone! A phone that inevitably was shipped here on one of those containers, manufactured by workers who barely make more than him, in a country he’ll never see thousands of miles away.

I looked out over the harbor again and thought about the $200 billion a year worth of cargo that makes up some 42 percent of all imports entering this country. I looked at the hundreds of millions of dollars invested over more than a century that makes this port complex the biggest, most productive port in the Western Hemisphere– everything from the federal breakwater to the Vincent Thomas Bridge, to the Alameda Corridor and the very shape of Terminal Island and the wharves, docks and pilings.

I turned my back on it and drove to the Post Office to pick up my mail. The very next day, as I sat in the boardroom at the San Pedro Chamber of Commerce I discussed POLA’s staff report, “Draft Public Access Investment Funding Policy” with local business people. The staff report proposes to spend 10 percent of their operating income from now on starting in fiscal year 2014-2015. That comes to about $221 million for the next 10 years on “public access projects” next year.

As I sat there listening and thinking about all of the years this community fought the port over environmental issues, all of the promises that were made to change the interface between the port and the communities that surround it, I started thinking about the two homeless men in the park overlooking this expanse of industrial wealth.

Shouldn’t we be discussing economic justice at this point?

Shouldn’t there be some greater connection between the amount of wealth generated by this port and its effect on the economics and livelihood of everyone who lives in sight of it?  Not just for the benefit of the union guys who chant, “an injury to one is a injury to all.” For truly, if that were the case, they would be protesting the plight of the homeless who have been injured the most by the globalization of capital and manufacturing.

But here we are, sitting in this boardroom discussing whether $20 million a year is enough to build certain long waited for waterfront develops and why it is that the Port didn’t seek neighborhood council advice and consent in advance.

What this plan or any plan hasn’t addressed in the 20-some years is the catastrophic loss of some 30,000 blue-collar jobs from this Harbor Area during the Ronald Reagan/George Bush years of 1980-1990. Those jobs are gone and this community has suffered the consequences. And the new automated terminals will lead to a continued bleeding of good paying jobs.

James Preston Allen is the Publisher of Random Lengths News, the Los Angeles Harbor Area’s only independent newspaper. He is also a guest columnist for the California Courts Monitor and is the author of “Silence Is Not Democracy- Don’t listen to that man with the white cap on he might say something that you agree with!” He was elected to the presidency of the Central San Pedro Neighborhood Council in 2014 and been engaged in the civic affairs of CD 15 for more than 35 years. More of Allen … and other views and news at: randomlengthsnews.com where this column was first posted.