Moving Forward Network participant Center for Community Action and Environmental Justice is in the news again.

We last reported on this very effective EJ organization in CCAEJ warehouse lawsuit settlement encourages focus on Environmental Justice in Jurupa Valley, California.  A copy of the truck study discussed below may be found in the MFN Library CA-Jurupa Valley collection. 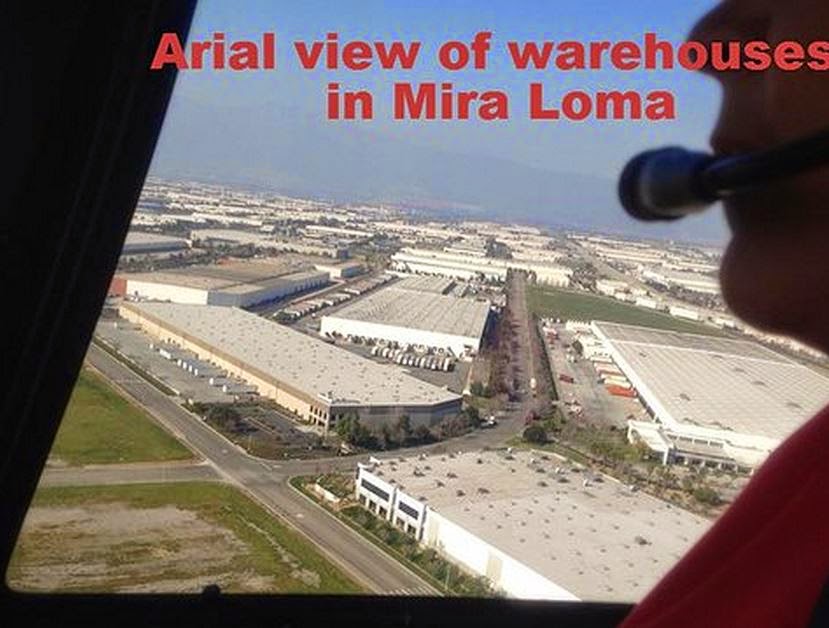 The study looks at diverting trucks away from Etiwanda Avenue, from Highway 60 north to Hopkins Street.
BY SANDRA STOKLEY / STAFF WRITER
Published: Dec. 2, 2014 4:09 p.m.
Keeping big rigs away from homes in the Mira Loma area of Jurupa Valley, which air quality officials say has some of the nation’s worst air, is possible but would bring legal and financial hurdles for the city.
The city commissioned a study on truck traffic on Etiwanda Avenue, from Highway 60 north to Hopkins Street, a stretch that includes a housing tract.
The Jurupa Valley City Council will discuss that study Thursday at 7 p.m.
The study was part of the settlement of a lawsuit that Jurupa Valley-based environmental group, the Center for Community Action and Environmental Justice, filed against developers of the Mira Loma Commerce Center warehouse project, which sits adjacent to the Mira Loma Village housing tract. The city also was named in the suit.
The settlement provided $20,000 to Jurupa Valley to pay for the study.
Penny Newman, the center’s executive director, said she had asked city officials to notify her when the study was complete but that didn’t happen.
“I’ve been asking about this study consistently,” Newman said. “I”m disappointed.”
Newman said identifying alternative truck routes was a critical part of trying to protect Mira Loma Village residents from the harmful effects of diesel truck pollution.
Newman said she will ask that the discussion be postponed to give the community a chance to review the study and decide what it wants to say.
The study confirms what residents in that portion of the city have been saying for years: because of the large number of warehouses, thousands of trucks travel that stretch of Etiwanda Avenue daily.
The study estimated 4,000 one-way truck trips a day.
The study identifies alternative truck routes but notes that they lie either wholly or partially within other jurisdictions.
For example, a truck using Philadelphia Street and then heading south on Etiwanda Avenue would be traveling along the border Jurupa Valley shares with the cities of Ontario and Fontana.
Another hurdle is the ability of the city to restrict the travel of trucks that are locally based.
Opinions expressed in this blog are those of the author, and do not necessarily represent the positions of the Moving Forward Network or its members. All errors are the responsibility of the author.