An interview with Ana Baptista

Ana Baptista’s work at the Ironbound Community Corporation was inspiring, and one of the reasons I and Richard Mabion co-founded the Diesel Health Project in the KC area.  Since then, Ana has become a Professor in the Environmental Policy and Sustainability Management Program of the New School for Public Engagement, where she will share her skills and insights.

Please enjoy this excellent article about Ana Baptista and her work by the very talented writer, Marcia G. Yerman. 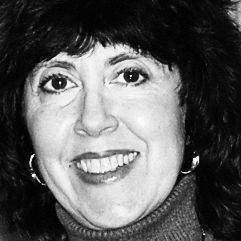 Ana Baptista: “Children of Color Are the Most At-Risk Victims of Pollution” 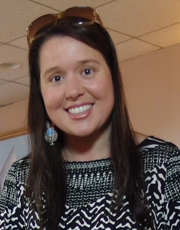 Ana Baptista is on a mission to drive change. With a Masters from Brown University in Environmental Studies, a PhD in Urban Planning and Public Policy, and a teaching post at the New School for Public Engagement, she is well-equipped to move the needle on the environmental issues facing marginalized groups in American urban settings. She brings a passion to her work, and the knowledge of how living in a specific locale can impact health.

Growing up in Newark in the “Ironbound” district was a first-hand education for Baptista. “Bounded on three sides” by rail lines, its history includes not just manufacturing, but extensive industrial dumping as well. The eastern edge of Newark experienced ongoing disposal of by-products into their waterways from the 1950s through the 1970s. Predominate was the manufacturing of Agent Orange–used todeforest land in Vietnam during the war.

The EPA has noted that a majority of the toxins in the river came from the Diamond Alkali/ Diamond Shamrock Chemicals Corp. plant located in Newark. Baptista told me that the Passaic River is the “largest site of dioxin (one of the byproducts of Agent Orange) concentration in the world.” The Passaic was declared a “disaster zone” in 1983, thus achieving the status of a Superfund site. Trying to restore the river is an ongoing process. Companies have changed hands and merged, but the bottom line is the damage Baptista referenced as the “industrial legacy of Newark.”

The denizens of Newark are primarily African-American, Hispanic, and “new immigrants.” Baptista explained that public housing and the lowest income residents are situated in areas most impacted by pollution. According to Baptista, stats show that one in four youngsters in Newark suffer from asthma–several times the county and state average. Baptista said, “Our children are so vulnerable. They don’t have access to health care.” She added, “It’s disheartening.”
Baptista was involved in mobilizing parents to push back against idling of diesel trucks, specifically in front of a K-8 school. In one hour, the group clocked the average number of engine-running trucks at between 200 to 300. The New Jersey Environmental Justice Alliance (NJEJA) got a 3-minutes idling law passed. Yet Baptista admitted, “You can have great laws, but you need enforcement.” Diesel pollution is a trigger for the elderly and the asthmatic, as well as for children. Mortality rates disproportionately affect African-Americans and Hispanics.
To get a deeper understanding of these problems, organizers from the Ironbound neighborhood conducted air readings with the use of hand-held monitors. They did a research project tracking children with asthma, having them wear monitors for thirty days. Using the data from these studies, they presented the findings to “decision makers,” with the objective of seeking more aggressive regulations.
Baptista is equally concerned about the “natural gas production plant” in Newark currently under construction. There have been efforts to halt the Hess facility, due to be completed in 2015. Baptista said, “We’re destroying our environment and building infrastructure to process natural gas! 1.7 million tons of pollutants will be emitted.” The gas travels from fracking sites in Pennsylvania. It will put more than “four million tons of CO2, annually, into the air.” When I asked her about Gov. Christie’s response, she suggested that Christie was behind “the investment in gas.” Clearly, the 2016 Presidential race is a factor.
On the need to go down the path of renewable energy, Baptista discussed harnessing the power of “solar, wind, and hydro.” “We need to get off of fossil fuels.” She emphasized, “Germany is now 50 percent solar.” In terms of economics, Baptista said that the natural gas plant was “not bringing jobs to the community,” as it will entail only about twenty jobs. She stated that it was not a job producer, whereas, “Renewables hold the promise of two wins.” Her bottom line was, “The natural gas narrative distracts us from the real solutions.”
Newark has the largest incinerator in the state, pulling in unsorted trash from a multitude of locations. Batteries, electronics, constructions debris, and curbside garbage spew out 200 pounds of mercury emissions per year.
And then there is the coal-fired plant located in densely populated Jersey City. It creates problems for its “downwind” minority population, as well as locations in northern New Jersey and Manhattan.
Superstorm Sandy took a heavy toll on Newark. There was “significant flooding after the Passaic River breeched the banks.” In Ironbound, where there are numerous two and three family homes, water levels reached the first floor. Basements were filled with toxins.
In response to the disaster, Baptista called for accountability regarding the chemicals that had contaminated people’s homes. She testified for “chemical policy reform” and “the right to know” at an EPA hearing. She said, “Extreme weather in dense urban areas disrupts life, especially for the vulnerable. We’re canaries in the coal mine.”
Baptista was emphatic that children of color are among the most at- risk victims impacted by unchecked pollution. She qualified the environmental justice piece of the equation as “a moral imperative.”
The final thought Baptista shared was, “These children need our help and collective action–so that they have a future.”
Photo: Courtesy of P. Pereira
This article originally appeared on the website Moms Clean Air Force
Tell the EPA You Support Strong Limits on Carbon Pollution
Follow Marcia G. Yerman on Twitter: www.twitter.com/mgyerman
Opinions expressed in this blog are those of the author, and do not necessarily represent the positions of the Moving Forward Network or its members. All errors are the responsibility of the author.