One of the most interesting things about monitoring goods movement news is seeing surprising links and relationships. This blogger (Eric Kirkendall) has been looking at the relationship between the self-described “free-market” American Legislative Exchange Council and a firm funded by the Chinese government.
Based on published accounts, it appears that the American Legislative Exchange Council (ALEC), People’s Republic of China, and Chinese investors with strong ties to the Chinese Communist Party are working to build the US political support and international infrastructure needed to export massive quantities of fracked shale gas from the US to China.
As described in the Financial Times article, China fund invests in US gas export plant China Investment Corporation (CIC) a sovereign wealth fund owned by the People’s Republic of China, is a major investor in Cheniere Energy, a liquid natural gas export company.
Among Cheniere Energy’s US shale oil investments is the $30 billion Cheniere Sabine Pass LNG facility in Cameron Parish, Louisiana, a natural gas liquefaction plant, which will be able to export an astonishing 2 billion cubic feet per day of natural gas. 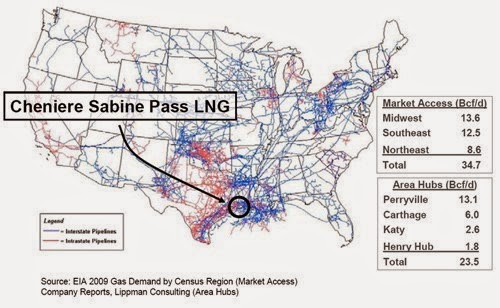 DeSmog Blog reports that Cheniere joined ALEC in May, and during their annual meeting last week was the lead corporate backer of one of their major agenda items, Resolution In Support of Expanded Liquefied Natural Gas Exports
To build the final link in the transportation network, Wang Jing, a Chinese businessman with strong ties to the Chinese Communist Party and the Chinese government has proposed building a new canal through Nicaragua. China Daily reports in New canal a lifeline for energy that the canal will be used to import shale gas and oil from the US in tankers too large to pass through the Panama Canal.
­­­­­While the expanded Panama Canal will be able to handle ships up to 366 meters long and 49 meters wide, the Nicaragua Canal will accommodate vessels up to 400 by 60 meters, slightly larger than the longest vessel in existence, the Maersk Triple E class container ship. 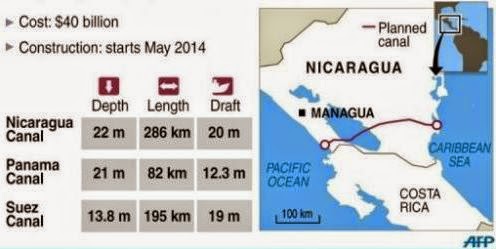 A major driver for building this canal – to make it cost-effective to export natural gas from the US to China. According to Lin Boqiang, director of the China Center for Energy Economic Research, as quoted by Chinadaily.com:
“US shale gas exports to China have little price advantage because of the high cost of getting around Cape Horn – the southernmost tip of South America – but a shortcut will boost the volume. The canal will accommodate large LNG carriers and oil tankers from the United States and Venezuela heading toward China.”
Opinions expressed in this blog are those of the author, and do not necessarily represent the positions of the Moving Forward Network or its members. All errors are the responsibility of the author.