In recent years, several efforts have been launched to build and deploy personal air pollution monitors based on inexpensive Arduino computers, cell phones, and other emerging technologies.

Perhaps most successful was the international, community-driven, democratic project to build the Air Quality Egg.  Development began through Internet of Things Meetups and other Maker events in the Netherlands, Great Britain, and the U.S. 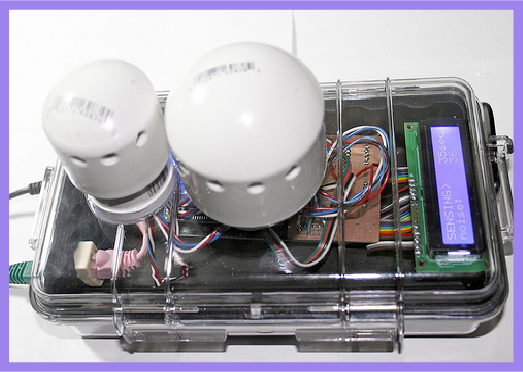 Design and manufacturing of the first devices was funded by almost 1000 people through Kickstarter. To date, over 900 Air Quality Eggs have been deployed.

A new citizen-driven, citywide effort just kicked off in Louisville, Kentucky shows the potential for this tool to empower community groups to a degree never before possible, and to transform air quality monitoring in the U.S.

The Louisville project, covered in yesterday’s Louisville Courier-Journal (below), will deploy 100 or more Air Quality Eggs throughout the city, particularly in potential hotspots, to measure carbon monoxide, nitrogen dioxide, particulate matter, temperature and humidity.  The monitors will feed air quality data to a Louisville website, as well as the Air Quality Egg community-led sensing network.

While not as accurate as expensive commercial air quality monitors, these devices seem ideally suited for citizen science, monitoring hotspots such as intermodal facilities, and identifying dangerous pollution levels that might otherwise go undetected by regulatory agencies.

Might the Louisville project spur similar efforts in other cities?  Stay tuned!

Here are a few resources for learning more about the Air Quality Egg:

The Air Quality Egg wiki page, for lots of details on data quality, components, and more.

The Air Quality Egg web site, where the devices can be purchased.

The Air Quality Egg Google Group, for current development and other discussions.

The Vimeo site, with an early and interesting video.

Your browser does not support iframes.