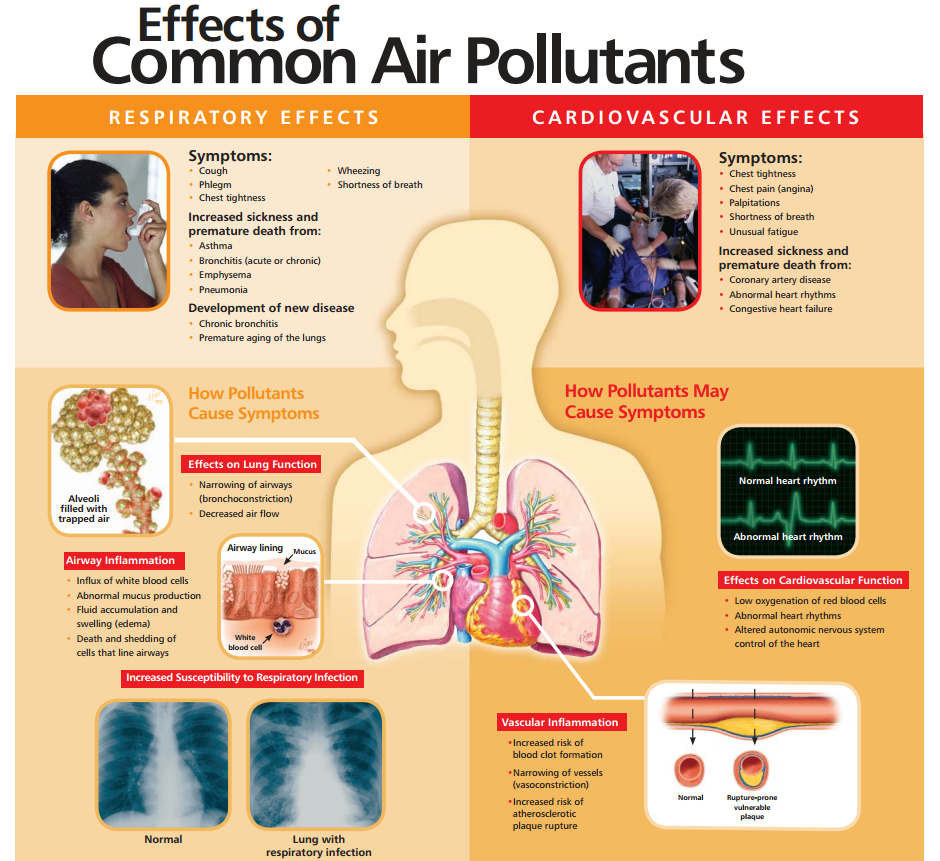 “Reducing air pollution, including black carbon soot pollution, can save millions of lives a year, reduce crop losses significantly, and cut the rate of global warming in half and the rate of warming in the Arctic by two-thirds over the next few decades,” said Durwood Zaelke, President of the Institute for Governance & Sustainable Development. (emphasis mine)

The most harmful air pollutants are called particulate matter, which refers to airborne particles emitted by sources such as diesel vehicles and coal-fired power plants. These particles can accumulate in the respiratory system pose when they are inhaled. 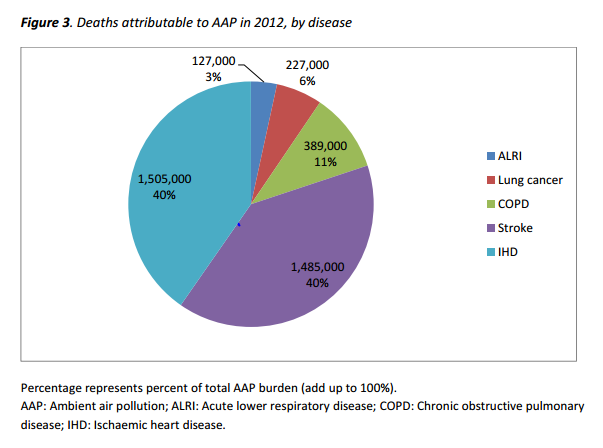 “Few risks have a greater impact on global health today than air pollution; the evidence signals the need for concerted action to clean up the air we all breathe.”

“Air pollution is increasingly linked with ill health and deaths in rich countries as traffic emissions rise. In the US, air pollution causes about 200,000 early deaths a year, with emissions from cars and trucks causing 53,000 and power generation 52,000, according to MIT’s environment laboratory. California suffers most from air pollution, with 21,000 early deaths.

“The risks from air pollution are now far greater than previously thought or understood, particularly for heart disease and strokes,” said Maria Neira, director of WHO’s department for public health, environmental and social determinants of health. “Few risks have a greater impact on global health today than air pollution; the evidence signals the need for concerted action to clean up the air we all breathe.”

The ‘Single Largest Environmental Health Risk’ Is Causing 1 in 8 Deaths Worldwide,  The Nation

Dr. Dora of the health agency said he hoped the stark mortality figures released on Tuesday would prompt people and governments alike to confront the scourge of filthy air with greater urgency. “What’s needed is collective action,” he said. “The air you are polluting is the same air you breathe.”