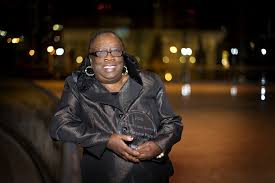 I want to share a quick update on some of the coal exports work in California.

After tying up Big Coal’s export proposals in the NW due to the excellent work of the Power Past Coal coalition, companies are now looking to the Bay Area to export coal.
There are proposals to export coal in Oakland and Richmond, and there is even coal currently exported out of Stockton and a private terminal in Richmond. Over the past 6 months, a coalition of groups has formed–including the Sierra Club, Earthjustice, the West Oakland Environmental Indicators Project, Communities for a Better Environment, and SF Baykeeper–to work against these threats.
A coal export proposal at the Port of Oakland came up for a vote today, and our coalition and allies turned out around 40 community activists on short notice, all of whom expressed opposition to the coal proposals.
The Port of Oakland unanimously agreed with us and voted 7-0 to defeat the two coal proposals. Several Port commissioners also spoke about why coal did not fit their vision of a sustainable port due to environmental justice, air quality, and global warming concerns.
Our work here is just beginning, but tonight we celebrate our first victory.

The Oakland Port Commission unanimously rejected three proposed maritime uses for the 50-acre Howard Terminal site near Jack London Square, one of which environmental groups vehemently opposed due to concerns over the proposed shipping of coal and petroleum coke through the port. The decision may also one day lead to a 38,000-seat waterfront ballpark at the site for the Oakland Athletics. A group of local investors unveiled a plan last December for the ballpark, although A’s ownership repeatedly has claimed that the venue is not suitable for the team.

The stadium issue, however, was never directly mentioned during Thursday afternoon’s port meeting. Instead, members of the Sierra Club and other local environmental groups urged port commissioners to follow a staff recommendation to reject all three proposals for the port. Two weeks ago, commissioners acquiesced to a plea by one bidder, Bowie Resources, LLC, to allow it more time to provide documentation to the port’s staff. A representative from Bowie, which sought to export commodities such as coal, petroleum coke, borax, and iron ore through West Oakland, said it was evaluating the potential use of covered transport to carry coal through the East Bay. The extra two weeks, however, did little to reverse the previous recommendation.

Margaret Gordon, a former port commissioner and long-time West Oakland neighborhood advocate, told her former colleagues to remember their social responsibility. “Keep doing what you’re doing and don’t allow cargo to come in here and have people adversely pay with their health just because there’s a port here,” she said.
Oakland resident and activist Susan Harman, said, “Coal is the dirtiest of the dirty fossil fuels and the only solution to climate issues is to keep it all in the ground.” Harman and other opponents of coal who spoke Tuesday highlighted the global ramifications about the burning of fossil fuels across the globe. “It doesn’t really matter at what point of that chain we stop it,” added Harmon, “but we have the power to break that chain here in Oakland.”
The port commissioners offered little disagreement other than a concern by Commissioner Earl Hamlin about potential legal costs should any of the bidders sue the port. “I don’t care about litigation costs, I care about the community,” Commissioner Michael Colbruno responded. “Are we really going to export this [coal] to third world countries? Is that what the Port of Oakland is for?”
Colbruno, appointed to the port commission by Oakland Mayor Jean Quan, was the lone dissenting voice two weeks ago for postponing the vote on Howard Terminal. The port’s determination Thursday sets the early stages for the port to begin contemplating a ballpark at the property or some other types of use for Howard Terminal. The port’s ad hoc committee will meet next week, said Commissioner Alan Yee, to further discuss Howard Terminal’s long-term future. However, the meeting is not open to the public
.
Opinions expressed in this blog are those of the author, and do not necessarily represent the positions of the Moving Forward Network or its members. All errors are the responsibility of the author.