323-259-1407 info@movingforwardnetwork.com
Moving Forward Network > Blog > VW fraud may have emitted over 1 million metric tons of nitrogen oxides in the US annually 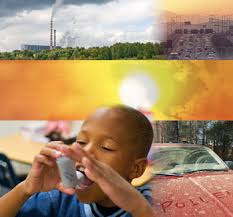 How many people might have been killed or injured by the Volkswagen emissions testing fraud?

The Guardian estimates that the fraud may have been responsible for a million tons of nitrogen oxide emissions per year. Nitrogen dioxide is deadly stuff. It is a contributor to the development of deadly particulate matter and ozone.  Epidemiological studies show that short term exposure to this poisonous gas triggers asthma, and causes respiratory and cardiovascular damage that sickens and kills people.  To learn more, check out:

Quantitative systematic review of the associations between short-term exposure to nitrogen dioxide and mortality and hospital admissions, BMJ Open