This excellent news release was in this morning’s inbox.  The University of Southern California (USC), which has contributed several participants to the Moving Forward Network, is doing amazing work.

USC’s ground breaking research on LAX particulate matter air pollution (PM), Emissions from an International Airport Increase Particle Number
Concentrations 4‑fold at 10 km Downwind, shows that the environmental health impacts of the airport on Los Angeles residents are much worse than had been assumed.  It seems likely that other major airports in cities around the country have similar effects.  State and local governments should provide the facts on air pollution high risk zones, so affected residents can protect themselves and their children, and everyone can make informed decisions when selecting housing. 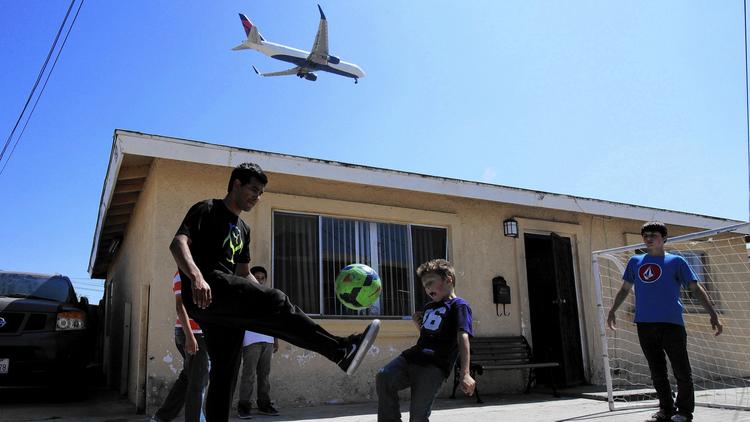 The “Collision of Best Intentions” workshop (agenda here) was an eye-opener. As Andrea Hricko shows in her presentation What Do We Mean by the Collision of Best Intentions, sites for transit-oriented development projects, schools, low-income housing, and industrial facilities are often made with little consideration for public health, with potentially disastrous consequences. By bringing together public health experts and planners in a collaborative event, the workshop educated participants and encouraged more consideration of health impacts in urban planning.  This will almost certainly lead to better decisions for future projects in Southern California.  Might a similar event improve decision making in other regions?