Some lawmakers say they don’t want hazardous materials coming through the city after the News4 I-Team showed how the U.S. Capitol and many D.C. landmarks sit inside the hazmat evacuation zone.
Monte Edwards belongs to the Committee of 100, a non-profit group that’s filed a lawsuit against CSX to prevent the expansion of its Virginia Avenue Tunnel in southeast D.C.
D.C. Lawmakers Want Rail Safety Office

Some lawmakers say they don’t want hazardous materials coming through the city after the News4 I-Team showed how the U.S. Capitol and many D.C. landmarks sit inside the hazmat evacuation zone. (Published Thursday, Jan 8, 2015)
“We are one of the few states that does not have a real plan.” Unlike Maryland and Virginia, Edwards explained D.C. has never put together a comprehensive rail plan. “A rail plan would have a safety element which would have a safety office, they would inspect tracks, they would inspect the tunnel. They would set speed limits and they would probably coordinate responses to derailments and they would know what’s going through our city.”
The News4 I-Team showed how the hazardous materials spotted moving through downtown D.C. are as volatile as the ones which exploded in the 2013 CSX derailment in Baltimore, meaning they have an evacuation zone at least a mile wide that includes the Washington Monument; the Smithsonian; Anacostia to the Navy Yard; 395, 295, 10 Metro stations and all of the federal buildings on the south side of the mall, including the U.S. Capitol.
D.C. Council member Mary Cheh told the I-Team, “It’s made me realize how we’ve neglected this area.” She introduced a bill this week to create a rail safety office. D.C. Council member Charles Allen has also introduced a different version.
Neighbors, Lawmakers Losing Faith in DDOT 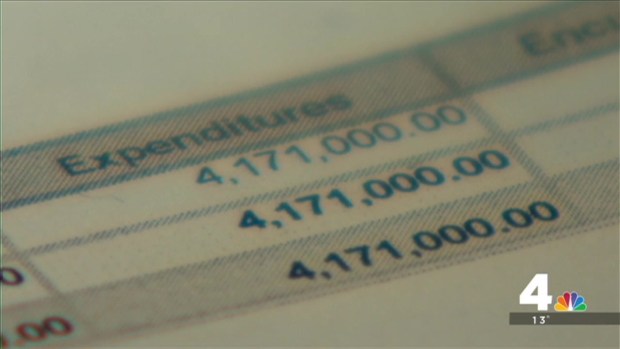 From protests to D.C. Council hearings, neighbors in southeast D.C. say they’re trying everything they can to get answers about the Virginia Avenue Rail Tunnel. News4’s Tisha Thompson reports. (Published Wednesday, Jan 7, 2015)
Council Chairman Phil Mendelson, however, thinks these chemical shouldn’t move through the city at all. “It does not have to come through here,” he told the I-Team. “It’s not that complicated. Just reroute that hazardous material which has an evacuation area that includes the capitol.”
But CSX says it’s actually very complicated because the federal government requires the company use a 27-point system to determine how to route their hazmat shipments.
CSX spokesman Rob Doolittle said the formula includes, “The type of tracks that are involved, the traffic on those tracks, the proximity to emergency response capabilities, population density. All of those things are factored in to determine what the safest and most secure route is for any particuliar shipment.”
Dangerous Cargo 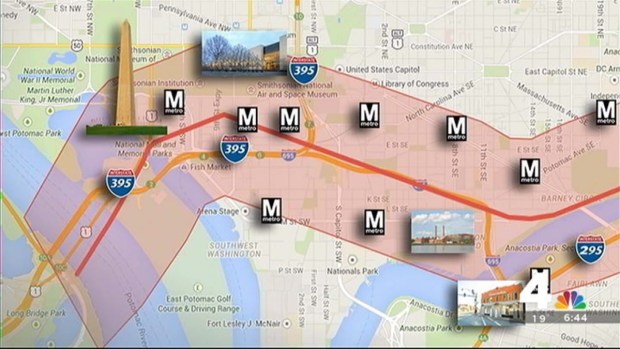 The News4 I-Team goes trainspotting to find out what haz mats are traveling by train through downtown D.C. to show you how big the evacuation zone really is in our city. Do you live or work in the potential blast zone? (Published Wednesday, Jan 7, 2015)
He said CSX is “currently evaluating the proposed rail-safety legislation and will provide comments as the D.C. legislative process moves forward,” but the company “regularly collaborates with D.C. agencies to ensure they have the information they need to protect the public’s interests, and we will continue to do so.
Opinions expressed in this blog are those of the author, and do not necessarily represent the positions of the Moving Forward Network or its members. All errors are the responsibility of the author.