Today is a big day for those fighting the proposed 710 Corridor Project in the LA metro area.  The South Coast Air Quality Management District released a letter finding the Environmental Impact Review to be worthless. Congratulations to Moving Forward Network members East Yard Communities for Environmental Justice, Natural Resources Defense Council, and all of the other community and environmental groups working to protect their neighbors. 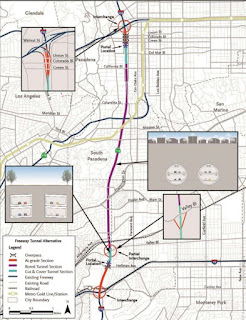