We urged the NEJAC to recommend to EPA that it take rapid action to clean up air pollution around ports, railyards, and other major freight facilities.

The meeting opened with an inspirational talk by EPA Administrator Gina McCarthy, who said several things that resonated with MFN members, including:

“Pollution has a cost. That cost should be borne by the polluter, not the community around them.”

We also put on an action, which was covered by local news media.

Angelo Logan, founder of East Yards Communities for Environmental Justice and MFN leader, spoke on the Community Voices panel on the first day. 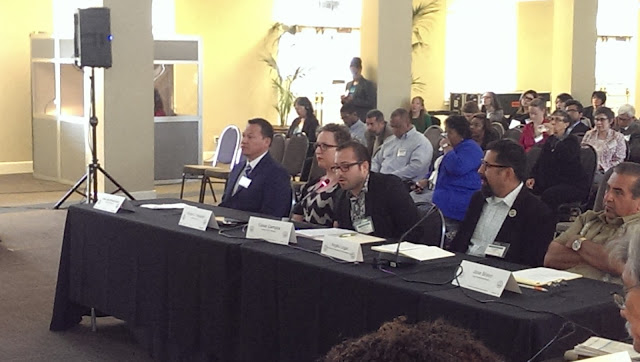 Many of our members were on the Goods Movement: Community Voices and Ports Perspective panel on the second day –  Penny Newman of Center for Community Action and Environmental Justice (CCAE), Juan Parras of Texas Environmental Justice Advocacy Services (t.e.j.a.s.), Ana Baptista, professor at the New School, and  Melissa Lin Perella of the National Resources Defense Council. 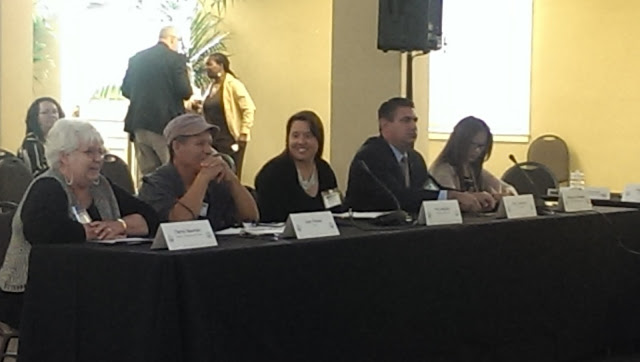 Dozens more MFN members spoke during the public comment period, which lasted until almost 10 in the evening.

NEJAC members were very responsive, and listened carefully to what the MFN team had to say.  We are hopeful they will support us and the many overburdened port and rail yard communities in the U.S.  We’ll report the outcome here.