Bloomberg Business reports that port congestion has driven diesel fuel consumption down in the LA metropolitan area, which would reduce truck-generated PM and NOX emissions.

But, with more ships idling off-shore, and heavy duty trucks idling at the Ports of Los Angeles and Long Beach, it seems possible that air pollution levels in port communities might increase.


The chart below show that ships are by far the largest polluters at the Port of Long Beach, dominating for every pollution type, and producing about 60 percent of the NOX and PM.  However, trucks are a significant polluter, and if they are allowed to idle while they wait 3-8 hours to pick up loads, truck-generated pollution could increase. 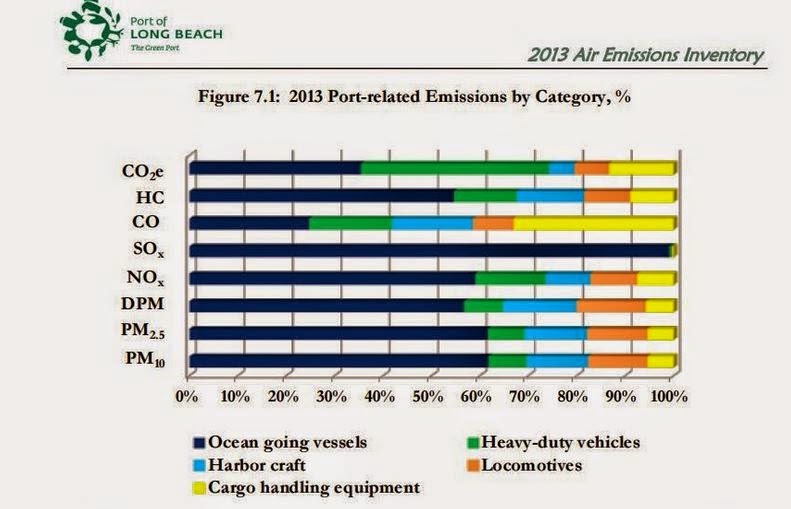 Below are charts that show what’s been happening with PM 2.5 over the last few months at the San Pedro monitoring station.  The first chart shows pollution since September 1, and the second since January 1.

A question for the experts who analyze this data:

What conclusions do you draw? 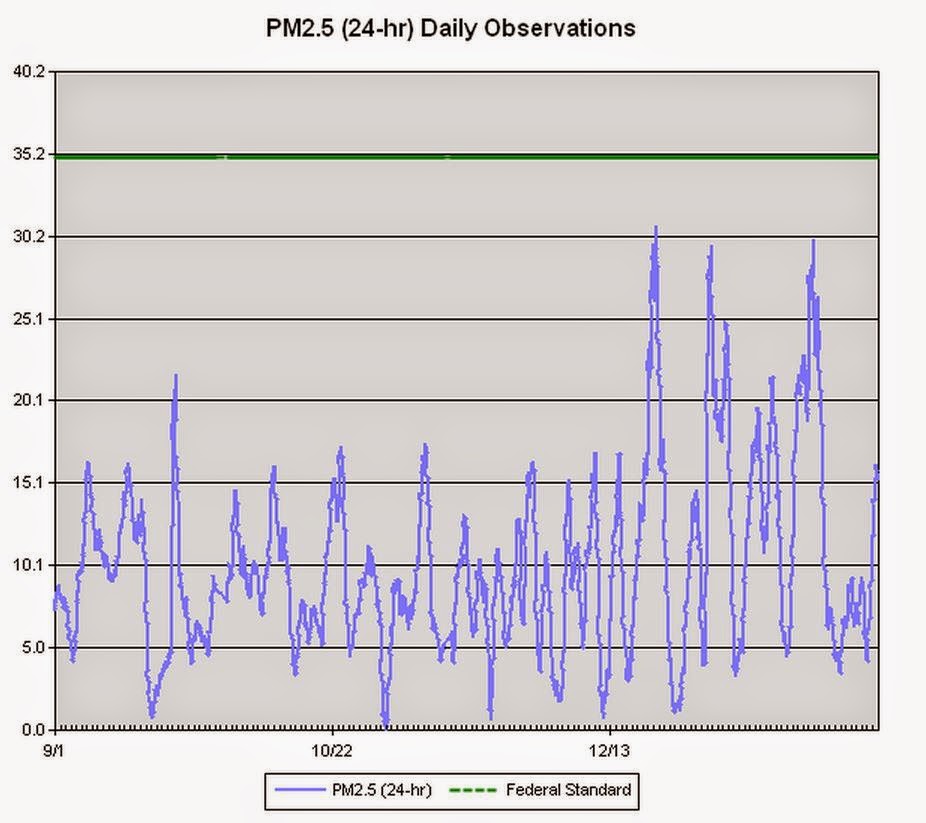 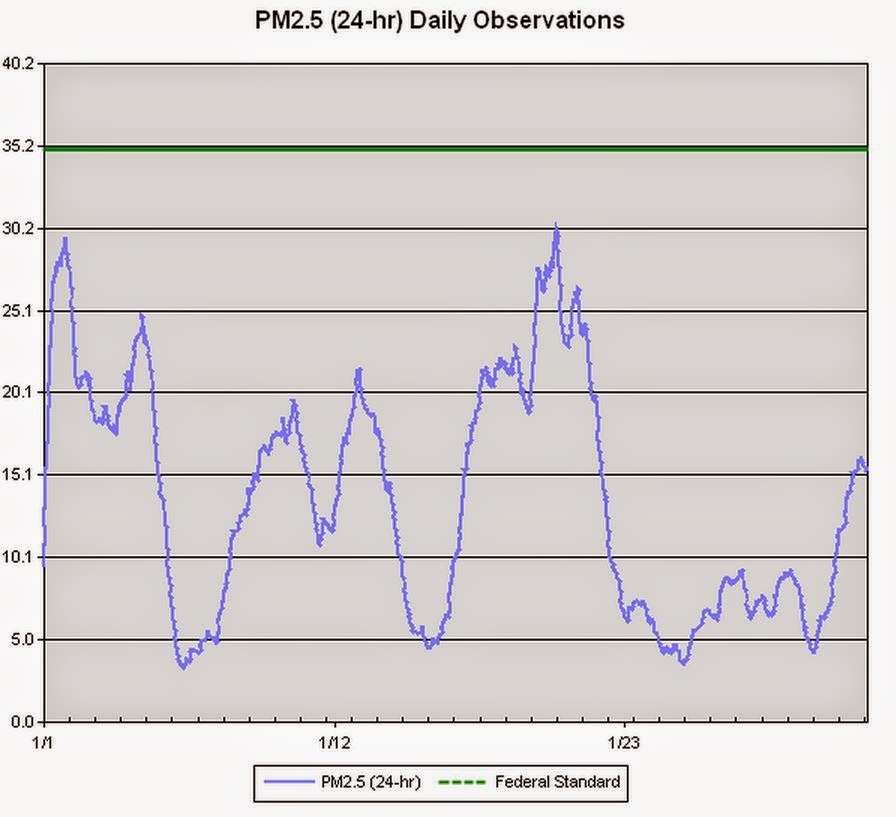 (Bloomberg) — Diesel supplies on the U.S. West Coast have swelled to a record as congestion at the ports of Los Angeles and Long Beach stalls deliveries and shrinks demand for the trucking fuel.
Low-sulfur diesel stockpiles on the West Coast, known by the U.S. government as the PADD 5 region, surged to 15.1 million barrels in the week ended Jan. 23 and distillate demand slid in November to the lowest seasonal level since 2001, Energy Information Administration data show. Truck drivers are waiting hours to load cargoes at Southern California ports because of equipment shortages, super-sized shipments and operational slowdowns related to labor negotiations.
The traffic snarls have driven wholesale diesel prices in Los Angeles to five-year lows and are delaying deliveries of everything from apples to zinc. Spot diesel at the West Coast hub is trading at its weakest seasonal level against futures since at least 2008, data compiled by Bloomberg show.
“The congestion is affecting the time it takes everyone to get in and out of terminals at the ports,” Kevin Baddeley, president of the Carson, California-based truck fleet operator Shippers Transport Express, said by telephone on Thursday. “A guy who was getting in maybe five container deliveries a day is now getting maybe three moves, or even two, because he’s spending so much time waiting at the terminal.”

Spot diesel in Los Angeles was assessed at a 6.75-cent-a-gallon discount to futures traded on the New York Mercantile Exchange, the lowest level seasonally since 2008, data compiled by Bloomberg show. The futures contract for February delivery was up 0.73 cent a gallon to $1.6257 at 12:07 p.m. New York time today.
The ports have been grappling with a shortage of chassis that help truckers haul cargoes and handling massive shipments for distribution to multiple terminals, Phillip Sanfield, a spokesman for the Port of Los Angeles, said by telephone on Thursday.
Longshoremen at West Coast ports and the Pacific Maritime Association, the bargaining agent for shippers, have been negotiating a new contract for the past eight months. The International Longshore and Warehouse Union began worker slowdowns late last year and terminals have suspended some overnight operations, Wade Gates, a spokesman for the shippers association, said by phone on Thursday.
“Every trucking company has horror stories of the guy who sat at a terminal for eight hours,” Baddeley said.
To contact the reporter on this story: Lynn Doan in San Francisco atldoan6@bloomberg.net