323-259-1407 info@movingforwardnetwork.com
Moving Forward Network > Blog > Update on the Tongue River Railroad, which will send coal trains to the west coast

Update on the Tongue River Railroad, which will send coal trains to the west coast 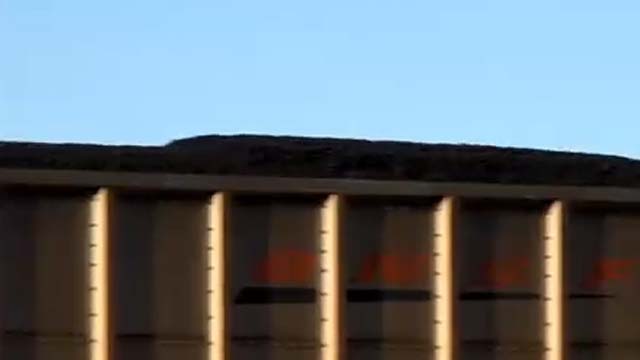 LIVINGSTON –
City commissioners in Livingston address the impacts of the proposed Tongue River Railroad would have on the city. Commissioners agreed last night to send a letter to the federal surface transportation board, hoping to have Livingston’s impacts listed on the environmental statement.
Yellowstone Bend Citizens council member Dr. Bill Edwards said, “There are actually two tracks that the trains may take, but this is the shortest path from where the mines would be to take the coal out to the West Coast.”
The council is concerned about three major impacts the Tongue River Railroad would have on the city of Livingston.
“It is hard to get to one side of town to the other when the tracks are closed, we do have an underpass but that can’t always be used,” said Edwards.
Noise is also a concern, trains are often times required to use their whistles when approaching a crossing and other areas. In addition to those two impacts, perhaps a more serious concern would be the impact on health .
Edwards said, “Particulate matter of the diesels themselves – – because to get up over the hill they will have to put a few more diesel engines in to pull the unit trains with 120 to 150 coal cars in each one.”
If installed the railway would use the proposed Otter Creek coal mine near Ashland and would be transported through towns like Livingston and Missoula to the West Coast and then exported to Asian markets. City commissioner Adam Stern says the increased rail traffic would most definitely have an impact on the city and is looking forward to being included in the study. Bottom line Edwards says,
“We are concerned about the impacts of coal trains in the town of Livingston which is bisected by tracks.”
Advocates of the Tongue River Railroad say the railroad would bring a number of jobs to the state and boost the economy. Livingston joins a long list of communities across the state, that have asked to be a part of the STB’s statement, others include Missoula and Whitefish.
Opinions expressed in this blog are those of the author, and do not necessarily represent the positions of the Moving Forward Network or its members. All errors are the responsibility of the author.