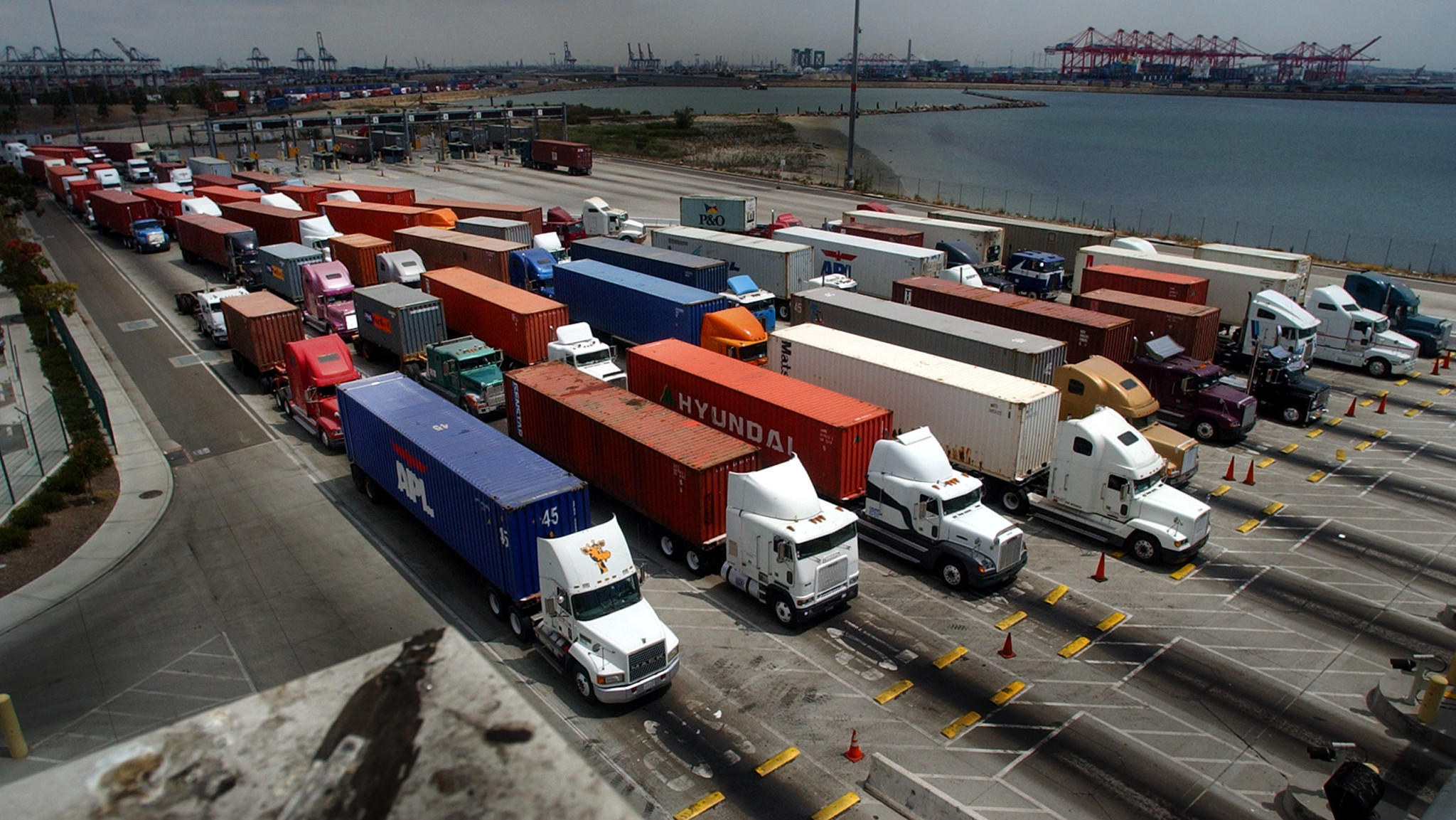 For the past four years, veteran truck drivers have complained about increasing wait times for port calls at Los Angeles and Long Beach, among other major U.S. shipping facilities.

Though finger-pointing, protests and labor strikes have often divided blame for port problems, one researcher is using an unbiased approach aimed at lowering those wait times and improving overall efficiency: hard data.

Noronha said the data show both are right.

“There’s a problem with this,” Noronha wrote in his article. “The average is not the appropriate statistic.”

To make scheduled delivery times and meet federal hours of service requirements, truck drivers must budget for three hours at the port, Noronha says. The number of port visits that exceed three hours has increased by 50 percent in the last four years, even as the average port visit time per truck has remained at one hour.

“If a trucker were to schedule his trips around the median, half of his deliveries would be late,” Noronha wrote.

First, Noronha proposes, longshore labor breaks around lunchtime should be staggered to ensure terminals keep moving cargo.  Second, he proposes that the port’s daytime Traffic Mitigation Fee should be ramped down during the final few hours of the business day, rather than all at once at 5 p.m. Trucking companies that line up specifically to incur the lower traffic mitigation fee would likely spread the additional traffic over several hours, leading to more efficient freight movement.

Because truck drivers and terminals aren’t doing business directly with one another, there is little incentive for either to change behavior, Noronha said.

Two other major factors Noronha found in port inefficiency were wait times associated with changes the port made in roadability inspections and chassis policy. Noronha cautioned against singling out specific points in the data until more study can be done.

“All of these issues have converged at roughly the same time: roadability, chassis issues, construction and bigger ships,” Noronha said.

The emergence of the use of big data for increased analysis has gone mainstream in recent years, Noronha acknowledged. From political polling to advantages for baseball teams made famous in the book and movie, “Moneyball,” more people understand the power of information through hard data.

Political minefields at ports are rife with arguments, but Noronha said those disagreements can be neutralized when parties look at unbiased data and look to improve efficiency and profits for all sides.

“The appreciation of data and the popularity of apps means we don’t have to fight some battles anymore because everyone appreciates the power of synoptics,” Noronha said. “But big data comes with big problems, also. There is uncertainty and error in data, and some techniques produce valid results and others don’t. GPS is particularly troublesome. We’re processing signals that come from satellites that are 12,000 miles away, and there’s error in every data point.

“People have developed an appetite for big data,” he said. “The next challenge is to develop an awareness of the distinction between knowledge and garbage in various application domains.”

Noronha said the public is likely to see more traffic problems addressed using big data as processes become more finely tuned.  He is currently working on a private proposal to use Intelligent Transportation Systems at the ports.

Other proposals have been on the drawing board for years, he said, but have remained shelved due to viability and other policy concerns.

“We can look at relatively low-tech applications, such as harvesting GPS stats over months or years to provide planners with a better understanding of what goods move where and when and why, so they put the right investments and policies in place,” Noronha said. “New lanes can go where they really belong, and we don’t impose stifling costs on the drivers of the economy.”

Copyright © OOIDA
Opinions expressed in this blog are those of the author, and do not necessarily represent the positions of the Moving Forward Network or its members. All errors are the responsibility of the author.