After a work stoppage earlier this year, the Panama Canal expansion is back on an around-the-clock schedule. Twelve of the 16 gates required to build new 11-story locks have arrived from Italy and much of the concrete for the massive walls has been poured. 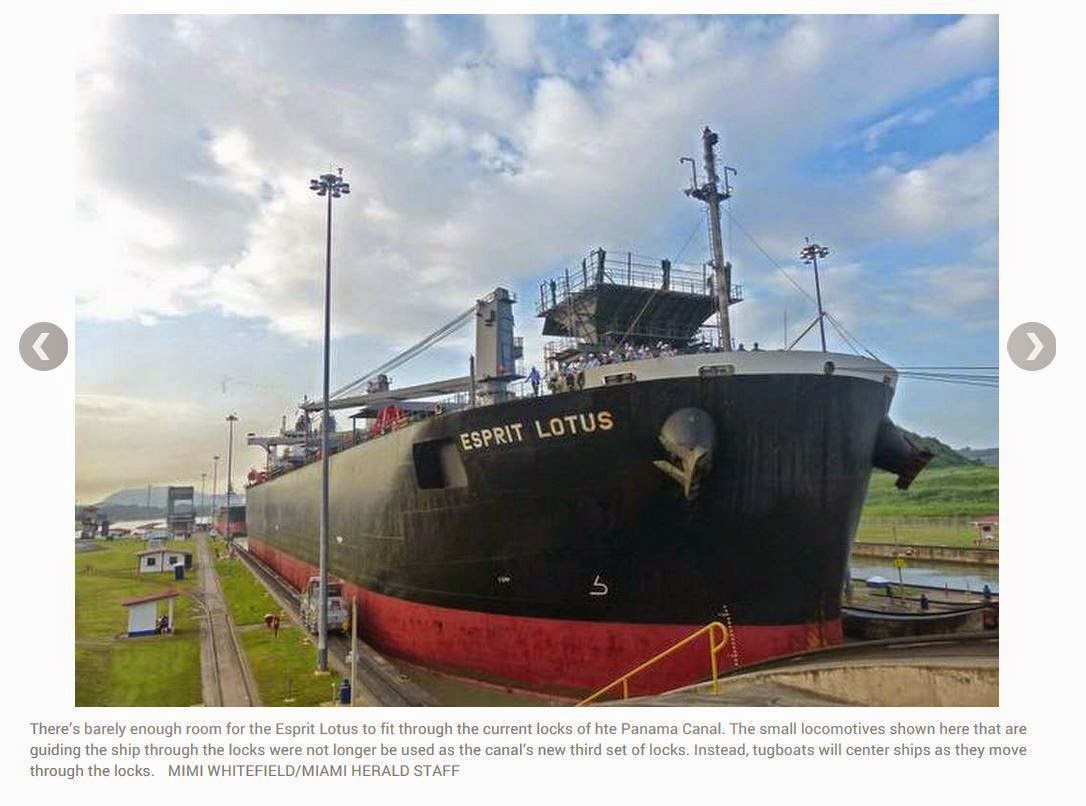 “We are full-speed ahead right now — finally,” said Ilya Espino de Marotta, executive vice president for engineering and programs management at the Panama Canal Authority and point person on the expansion.
New three-chambered locks — as long as three Empire State Buildings laid end to end — and access channels on both the Atlantic and Pacific sides of the 50-mile-long canal will allow longer, heavier and wider ships to transit the canal by early 2016. They’ll also add capacity to a canal that’s just about maxed out.
Being too big for the current locks means the megaships — when fully loaded — are also too big for all but two East Coast ports, Norfolk, Va., and Baltimore, and that has set off a flurry of preparations at many U.S. ports. They’re all looking for a payoff.