Does OSHA protect whistleblowers who document and report on dangerous levels of Diesel Particulate Matter?

As illustrated in the article below, the Occupational Health and Safety Administration (OSHA) protects whistle-blower workers who record and report on safety inspections.

This clip from the OSHA Diesel Exhaust page seems to indicate that this protection also covers workers who document and report dangerous levels of Diesel Particulate Matter.

Union representatives and legal experts – am I interpreting this correctly? 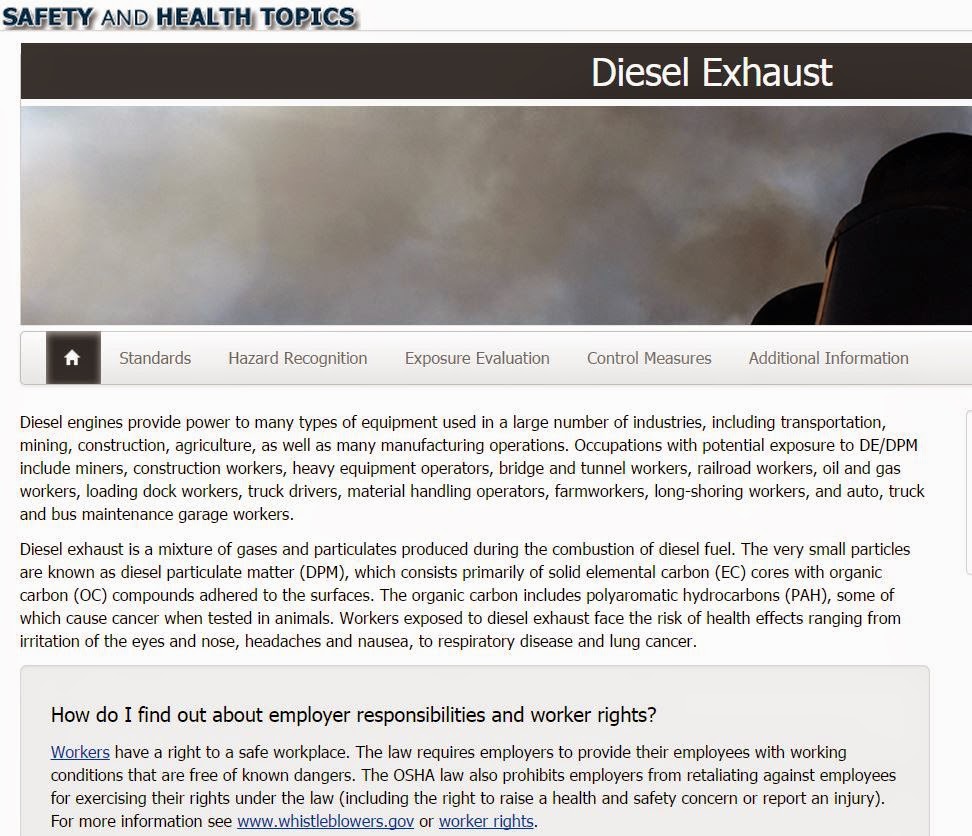 Source: The Daily Breeze
By City News Service
Union Pacific Railroad must pay $51,000 in punitive damages and back pay to a Carson-based employee for violating federal whistle-blower provisions by illegally suspending him for videotaping a safety inspection on his cellphone, workplace safety regulators announced Friday.
The U.S. Department of Labor’s Occupational Safety and Health Administration investigators found the company had suspended the employee after he refused to delete video footage of an air compressor test aboard a locomotive.
The previous day, the employee had deemed the compressor unsafe and unusable, a decision the supervisor overturned. A few days later, the employer informed management he had sent the video footage to the Federal Railroad Administration, according to OSHA.
An email request for comment sent to a Union Pacific representative was not immediately answered.
“Recording safety inspections on locomotives is protected by federal law,” said Ken Atha, regional administrator for OSHA in San Francisco. “Workplace protections, such as these, ensure transparency, accountability and freedom to raise safety concerns in the workplace without fear of retaliation.”
OSHA also ordered Union Pacific to amend its policy of banning cellphone recordings of work safety activities.
This marks the 11th time in the past four years that OSHA has found Union Pacific Railroad in violation of the whistle-blower protection provisions of the Federal Railroad Safety Act, according to the federal agency.
Under the FRSA, an employee of a railroad carrier or a contractor or subcontractor is protected from retaliation for reporting certain safety and security violations.
OSHA enforces the whistle-blower provision of more than 20 statutes protecting employees who report violations of various securities, trucking, airline, nuclear, pipeline, environmental, public transportation, workplace safety and health, consumer product safety, health care reform and financial reform laws.
Opinions expressed in this blog are those of the author, and do not necessarily represent the positions of the Moving Forward Network or its members. All errors are the responsibility of the author.