323-259-1407 info@movingforwardnetwork.com
Moving Forward Network > Blog > Get ready for a new world – citizens take charge, monitoring the air in their own community

Get ready for a new world – citizens take charge, monitoring the air in their own community

There are many reasons to appreciate the efforts the EPA is going taking incorporate environmental justice into the agency, not least of which is their support for community air quality monitoring.

Below is an excellent post providing an update on the the AirBeam Particulate Matter monitor and AirCasting website, which we’ve previously covered, and much more.

For background on community air pollution monitoring, check out:

EPA Scientist: Tools That Let Everyone Measure Air Pollution Are a “Game-Changer” 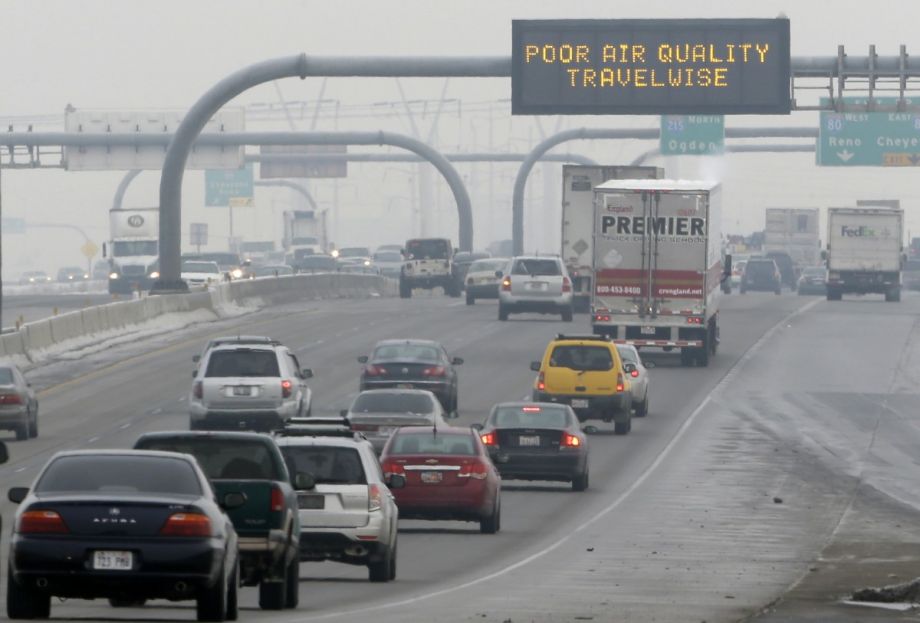 (AP Photo/Rick Bowmer, File)
The rumble of the train passing underfoot is a familiar sound to any New Yorker. But few realize that each time the train whizzes by, a plume of polluted air comes up through the street vents, causing a spike in fine particulate matter, or PM 2.5, a contaminant associated with asthma, heart attacks and other health problems.
This was one of the more striking findings of AirCasting, a platform that allows individuals and communities to measure the air pollution in their surroundings. At a recent workshop in Sunset Park, Brooklyn, teens walked around the neighborhood, one holding an air quality monitor, called the AirBeam. Another carried an Android with an app that visually represents the data in real time; colored dots changed from yellow to orange to red to indicate a rise in the PM 2.5 levels. All the data was then uploaded to the AirCasting website, where it appears on an open-source map.
“I think it’s a real eye-opener,” said Michael Heimbinder, founder and executive director of HabitatMap, a New York-based environmental justice organization that developed AirCasting and led the workshop. “What are the trends over the course of the day? What are the hot spots? If I walk two streets away, will my exposure be less?”
The AirBeam is not the only new device that empowers citizens to keep tabs on air pollution in their own neighborhoods. In fact, according to Ron Williams, a research chemist at the Environmental Protection Agency, there are up to 50 portable, low-cost sensors that purport to measure various kinds of pollutants, including ozone, carbon monoxide and volatile organic compounds. And eventually, they could have far-reaching implications for the way we monitor and respond to air pollution.
“We call it a game-changer,” said Williams, who co-authored a 2013 paper titled “The Changing Paradigm of Air Pollution Monitoring.” 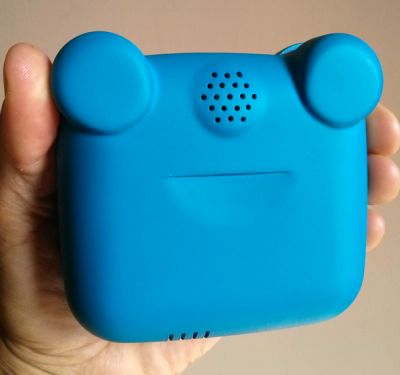 While historically, air pollution monitors have tended to be heavy, pricey and stationary, these new handheld devices cost as little as a couple of hundred dollars. (HabitatMap made 20 AirBeam prototypes, at a cost of $500 each; in the fall, they plan to launch a Kickstarter campaign to produce 1,000 more, which would bring the cost down to about $200.)

Williams’ paper identifies several different applications for the sensors: supplementing existing monitoring conducted by more expensive machines; facilitating community conversations and the development of strategies to reduce pollution; and understanding personal health. The tools could even, say, improve epidemiological studies by giving researchers more accurate information about the exposures of their subjects.
An older, pioneering model is the Bucket Brigade, originally dreamed up in the mid-1990s by Edward Masry, the lawyer made famous in the hit movie Erin Brockovich. The buckets, which cost $75, collect air inside a Tedlar bag, and then the samples are sent to labs for analysis of a range of compounds. While this process isn’t cheap — testing is $500 — it’s a bargain compared with the $2,000 device that had previously been the best option. Bucket Brigade has enabled citizens to offer proof to the government of hazardous air in their communities, where before they could report only the evidence from their own eyes and noses, and their complaints were often dismissed. For example, the town of Mossville, Louisiana, measured benzene, a carcinogen, at more than 220 times the state’s acceptable level, ultimately resulting in fines for the industrial facilities at fault.
Tools such as AirCasting are 21st-century successors to Bucket Brigade: real-time, wired, open-source, with no need of a lab. However, these advantages also come with challenges — namely, assuring the quality of the data. With sensors proliferating, it’s hard to know which ones are accurate and reliable.
As Williams puts it, “Just because a device provides a printout on a screen — as professional researchers we wouldn’t assume that that is correct. We always tell people you have to go and do some quality assurance.”
The EPA has begun to get deeply involved — evaluating sensors, offering an Air Sensor Guidebook and other resources for citizen scientists. One piece of advice is to compare the data from your sensor with results from a trusted machine, by going to a location where a monitor is already in place. By consulting real-time data on state websites, Williams says, “People can use data already being reported by state entities to understand, is my monitor reporting data that is real?” 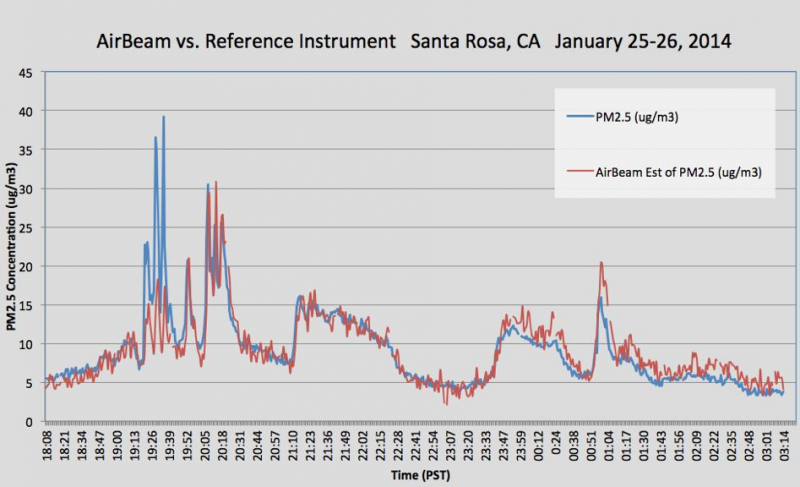 HabitatMap compared the AirBeam’s readings against those from a trusted device to test efficacy.
As for the AirBeam, Heimbinder was keenly aware of the challenges. He told me that fairly sophisticated algorithms are needed to interpret the raw data, which can be affected by factors such as temperature and humidity. After a disappointing experience with a previous tool intended to measure carbon monoxide, he solicited input from mechanical engineers and air quality experts, and he is confident in the final product. He compared the findings from the AirBeam with those from a Thermo Scientific pDR-1500, a $5,000 instrument frequently used in academia and government. The correspondence was not perfect, but it was close, and variation sometimes occurs even between identical instruments. (The two measurements diverged occasionally for reasons that are not yet well understood; HabitatMap is working with Sonoma Technology and the NYU School of Medicine to figure out why.) As it happens, the EPA is planning to begin work on evaluating the AirBeam next week, Williams said.
And while data quality is important, not every device needs to be exquisitely precise, as both Heimbinder and the EPA resources stress. It depends on what the monitoring is for. For the purposes of AirCasting, says Heimbinder, “It’s not the kind of data where you tell someone, ‘You’re out of compliance with the Clean Air Act.’ It’s, ‘This spot over here is worse than that spot over there.’”
The Science of Cities column is made possible with the support of the John D. and Catherine T. MacArthur Foundation.
Opinions expressed in this blog are those of the author, and do not necessarily represent the positions of the Moving Forward Network or its members. All errors are the responsibility of the author.