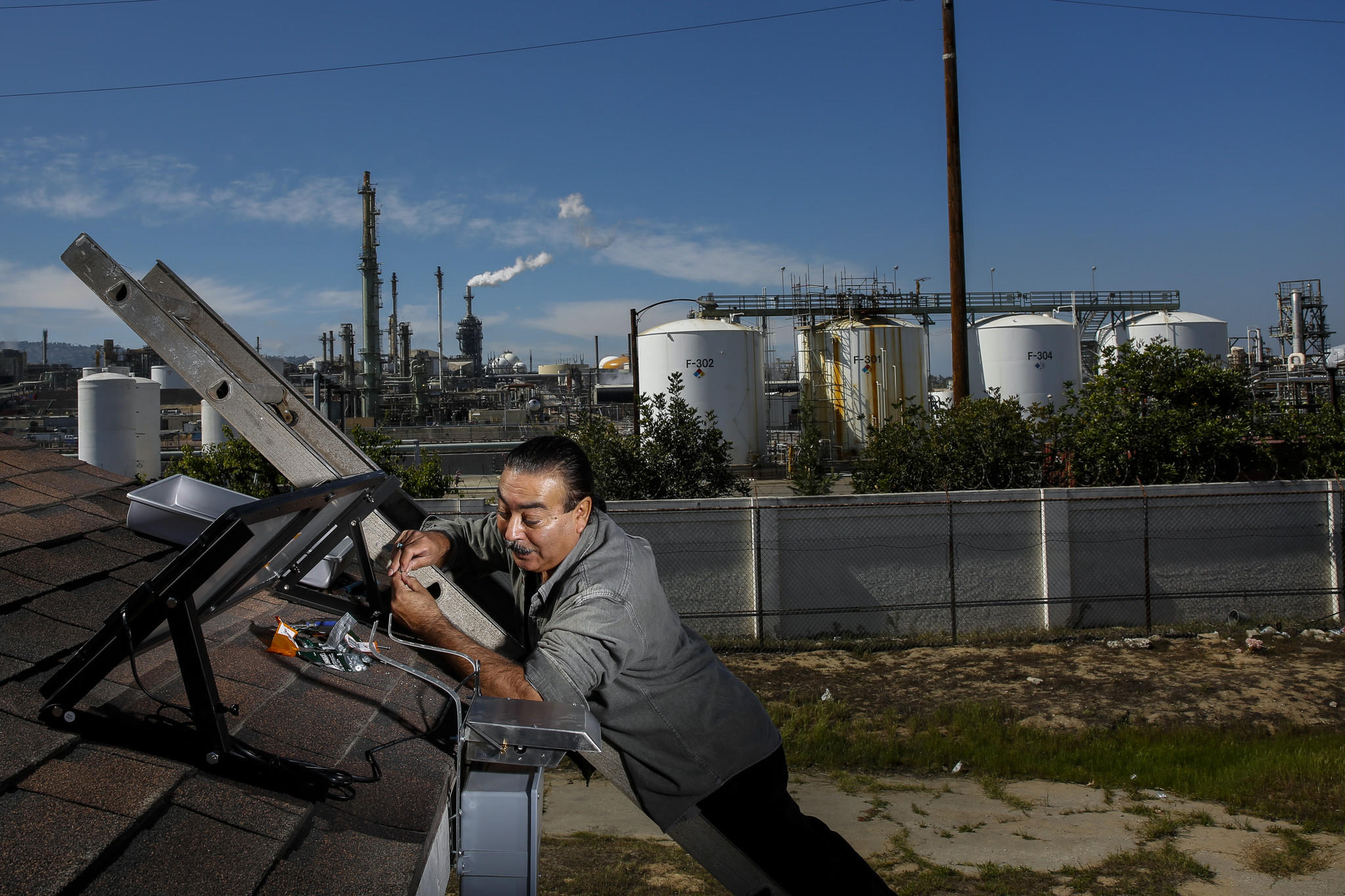 Officials from the U.S. Environmental Protection Agency were in the Los Angeles Harbor community of Wilmington on Wednesday taking public comments on proposed new rules to reduce toxic emissions from oil refineries.
The EPA says oil and gas refineries release toxic air emissions like benzene, toluene and xylene that can cause respiratory problems and other health issues. Under the proposed rules, the agency estimates that 5,600 tons of toxic air pollution will be removed annually nationwide. The rule would also lead to reductions of 52,000 tons of volatile organic compounds and 700,000 metric tons of carbon dioxide equivalents.
The rules call for new emissions control measures for storage tanks, waste-gas flares and coking units at refineries. It would also require facilities to conduct “fenceline monitoring” to ensure that excessive amounts of pollutants are not leaving the premises.
Flare systems are safety mechanisms that allow excess hydrocarbon gasses to be vented and burned. New operational requirements would ensure that those gases would be efficiently burned.
Costs for implementing the new rule are estimated to be approximately $240 million.
There are currently 142 large and seven small petroleum refineries in the country. Wilmington is home to three major refineries with others in surrounding communities. Dozens of people came to the public hearing Wednesday to give testimony.
Jesse Marquez, the executive director of the Coalition for a Safe Environment, said the rules should do more.
“Yes, you’re doing good stuff, but hey, this is a modern day and age. We have new technologies, we have new health research studies that can be performed that you should be including in this new law,” Marquez said.
Petroleum industry officials also spoke at the hearing. Michael Wang is with the Western States Petroleum Association. He says his organization wants more clarity on what the rules mean, especially considering that California already has some of the strictest guidelines in place.
“Some of these things kind of don’t make any sense. Maybe they should be thought about – certainly that the costs should be more clearly reflective of things that have been done so far,” Wang said.
EPA will continue to take public comment on the rules until Aug. 29th.
Opinions expressed in this blog are those of the author, and do not necessarily represent the positions of the Moving Forward Network or its members. All errors are the responsibility of the author.