An important new study, Long-term dynamics of death rates of emphysema, asthma, and pneumonia and improving air quality, was released by Duke University on Monday.  The article below, from Duke University, provides a good summary.

“This research tends to show that environmental policies work, if the goal of those policies is not only to improve the environment, but also to improve health,” 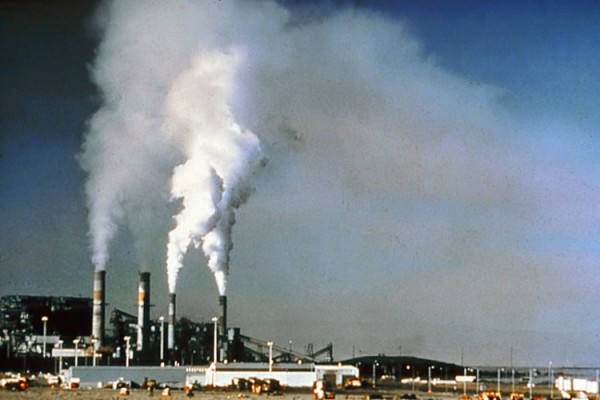 By Duke Medicine News and Communications
DURHAM, N.C. — National and state air pollution controls that went into effect in the early 1990s coincide with decreasing death rates from emphysema, asthma and pneumonia among people in North Carolina, according to a study led by Duke University researchers.

Using mortality trends from state public health data, along with monthly measurements from air-monitoring stations across North Carolina from 1993-2010, the researchers were able to draw a close association between improved air quality and declining death rates from respiratory illnesses.

“This research tends to show that environmental policies work, if the goal of those policies is not only to improve the environment, but also to improve health,” said H. Kim Lyerly, M.D., professor of surgery, associate professor of pathology and assistant professor of immunology at Duke. Lyerly is senior author of the study published online June 23, 2014, in the International Journal of COPD.

“While a few studies have analyzed the associations of both air quality and health over a long period, they were typically limited to analyses of a specific air pollutant or a couple of pollutants,” Lyerly said. “In contrast, we leveraged access to multiple disparate databases containing either environmental or health data, and we were able to study longitudinally a number of air contaminants, including both particulate matter and noxious gases over almost two decades.”

They analyzed a 17-year period after a variety of federal air pollution measures were instituted. Among others, national require­ments lowered emissions from automotive engines, chemical plants and coal-fired power plants, and also targeted emissions that contributed to acid rain and depletion of the ozone layer of the atmosphere.

Additionally, North Carolina joined the Southern Appa­lachian Mountains Initiative in 1992. The findings from that multi-state, multi-partner study, along with other factors, led to the enactment of the Clean Smokestacks Act in 2002, a state law that mandated significant reductions in emissions from coal-fired power plants.

Together, the measures were designed to decrease carbon monoxide, nitrogen dioxide, sulfur dioxide, particulate matter and other compounds in the air that are considered major public health concerns, playing a role in an estimated 1.4 percent of deaths worldwide, and 2 percent of all cardio-pulmonary deaths worldwide.

Using the public health and environmental monitoring data, and controlling for factors such as lower smoking rates and month-to-month fluctuations in air quality, the researchers calculated how each one-unit reduction in the air pollution components coincided with a drop in deaths from emphysema, asthma and pneumonia.

“In this study we applied the methods of ecologic analyses for health and environmental data collected at the county level and accounting for geographic and progressive changes,” said co-author Julia Kravchenko, M.D., Ph.D., research scientist in the Department of Surgery at Duke. “Specifically, we developed a model to predict seasonal variations of respiratory mortality rates in terms of monthly changes in air pollution levels and several other factors such as smoking during an almost 20-year period.”

The researchers said other factors, in addition to better air quality, could also contribute to the drops in death rates from respiratory diseases – a limitation of any retrospective analysis of health-environmental associations in ecological studies. But Lyerly said these types of studies, combining databases that previously were not associated with each other, are an emerging area of research to determine the health effects of pollution controls.

“This is a new way of using and analyzing the information we are collecting in separate databases,” Lyerly said. “It would be very difficult to conduct a randomized trial to gather the data for policy changes. By following levels of air pollution and respiratory health over time, we could measure changes prior to and after implementation of these policies. Our study leverages these collected data in a way that it can contribute to the dialogue on whether pollution controls are effective in improving public health.”

The study was supported with funding by Fred and Alice Stanback to the Cancer and Environment Program of the Nicholas School of the Environment-Duke Cancer Center.