Congratulations to David Fukuzawa, Brian Urbaszewski, and their organizations, the Kresge Foundation and Respiratory Health Association of Metropolitan Chicago, for protecting the health of thousands of people!

Through David, the Kresge Foundation provides financial support and invaluable guidance to the Moving Forward Network (MFN).  Brian and his organization are closely involved in development of the MFN, and are a great example of the power of partnerships between health and community groups.

Concerned about air pollution and neighbors’ health, groups work together to secure concessions.

February 18, 2014
In summer of 2012, residents of Chicago’s Englewood neighborhood were increasingly concerned about the railroad yard in their south side community.
Chicago is the busiest rail gateway in the United States, and the 140-acre Norfolk Southern rail yard in Englewood was ready to expand over 84 additional acres.
With a goal of insisting that public health and quality of life are protected, a coalition of unlikely partners vowed to create a win-win outcome for residents and the railroad alike.
Norfolk Southern had been negotiating with individual residents who lived in the expansion area, buying up their property. And the city was planning to sell more than 100 vacant city-owned lots to the company. 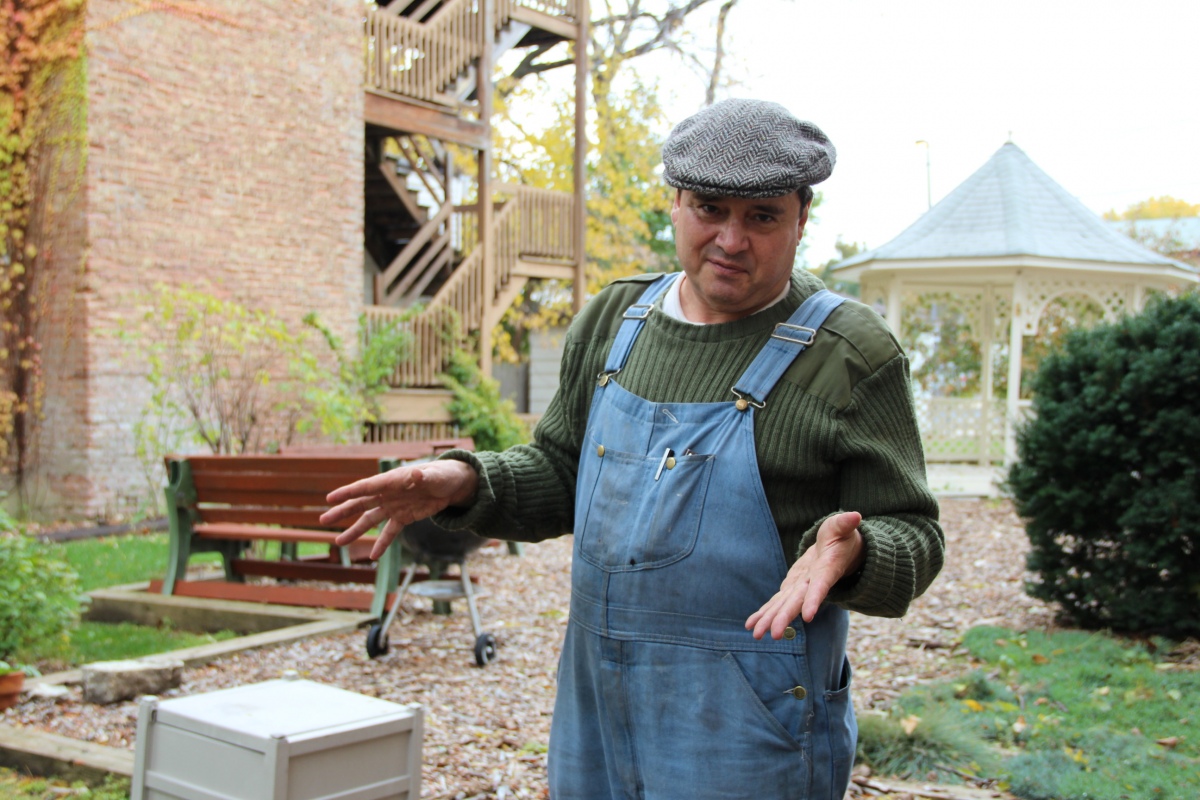 “I was expecting to walk up and see a bulldozer in front of my house,” says John Ellis, who has lived in the neighborhood since 1986, and maintains a garden on the open lot next to his building. The more Ellis learned more about the rail yard, he became more concerned about health effects.

“I started thinking, ‘Maybe there’s a reason I have bronchitis’,” he says.
With as much as one-third of the nation’s freight rail traffic, Chicago does experience more locomotive pollution than any city in the country.  In 2006, it was estimated that the amount of smog-forming nitrogen – or NOx – emitted from locomotives in the city was equal to the emissions of more than 25 million cars.
Diesel exhaust from locomotives contains dozens of contaminants, carcinogens, ozone smog-forming compounds and fine particulate matter. Exposure to fine particles is known to cause asthma attacks, heart attacks, lung cancer, strokes and even premature death.
Although Ellis supported the rail yard expansion plans and respected the railroad industry’s role in building Chicago, he wanted the expansion done in a way that wouldn’t harm local residents.
In August 2012 he met with long-time community organizer John Paul Jones, leader of the group Sustainable Englewood Initiatives.

Jones had seen a legal notice in the newspaper about the city’s request for proposals regarding the vacant lots. So Sustainable Englewood submitted a bid to the city, asking the lots be turned over to the community for green space. 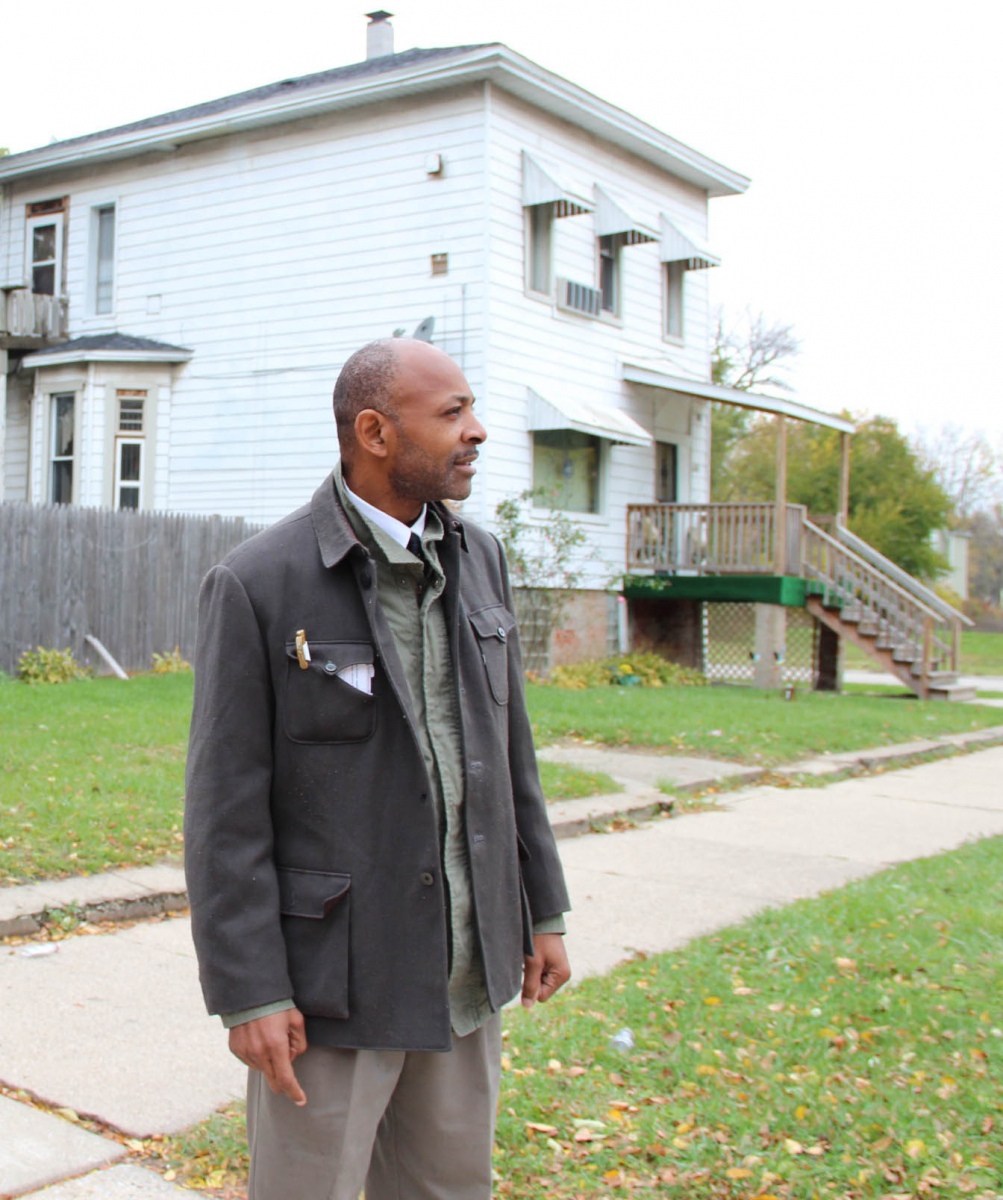 The group also sought the assistance of the Environmental Advocacy Center of the Bluhm Legal Clinic at Northwestern University Law School. Center director Nancy C. Loeb is also chairwoman of the board of the Environmental Law & Policy Center, a Kresge Foundation-supported nonprofit already working on health issues around freight transport. The Respiratory Health Association of Metropolitan Chicago, which had previously worked with Englewood residents to secure a community benefits agreement from another railroad company, also got involved and a coalition was born.

Its goal: insist on community input on the rail yard expansion and make sure that public health and quality of life were protected.
With railroads regulated by the federal government, there are few levers for local control.
But, working together, members of the coalition discovered that an existing urban renewal plan for Englewood called for residential and commercial development – not industrial. City officials would need to adopt changes for an industrial project like the rail yard expansion.
“That was our opportunity,” says Faith Bugel, an Environmental Law & Policy Center attorney. “That forced everyone to play ball.”
“Rail freight results in significant reductions in environmentally harmful greenhouse gas emissions compared to moving goods by truck,” says David Fukuzawa, who directs Kresge’s Health Program. “That is good. But pollution from diesel locomotives, and truck and other engines used in rail yards nevertheless takes a serious toll on people who live near transportation centers.
“Improvements in technology and pollution controls make new engines less harmful. However, this is equipment that lasts a long, long time,” he notes. “Without requirements that it be replaced, people will suffer from respiratory and other diseases for a long time, too.”

The campaign and results

In Chicago, city officials wanted the expansion to go forward and were willing to do what was necessary to avoid delay and potential legal challenge. So city officials and the advocacy and legal groups took a proposal for pollution controls and contributions for community economic development and green space to Norfolk Southern.
Those talks didn’t bear fruit immediately.
But, over a period of months, city officials delayed actions crucial to the rail yard expansion and the Environmental Law & Policy Center rolled out modeling showing the likely serious health impacts of the rail yard expansion. Ultimately Norfolk Southern officials agreed to the proposal, clearing the way for the expansion to start.
The railroad will donate an unused rail corridor through Englewood to the city. The city will redevelop that corridor as a recreation trail similar to the elevated Bloomingdale Trail on the Chicago’s north side, or the High Line in New York.
By the end of 2018, Norfolk Southern will replace 36 of its 38 “hostlers” – machines that move containers from trains to trucks – with new, much cleaner models.
The company will also spend: 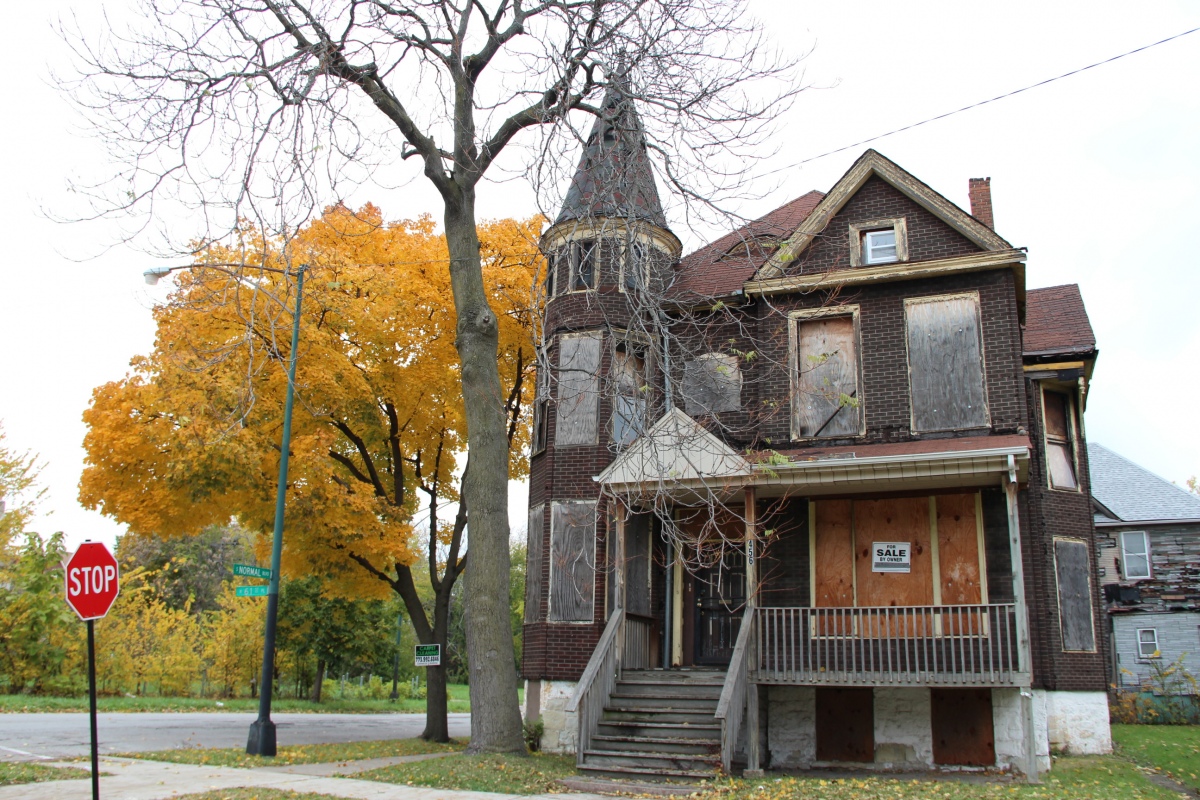 Jobs and economic development efforts are both welcomed in the neighborhood.

“This provides a model for bringing different partners together around a multi-faceted strategy,” says Fukuzawa. “This could very well have been a situation where only the community groups were complaining and they could have gotten no attention. Or they could have provided scientific information which could have been countered by the industry’s own experts. The fact there was this multilateral approach made real difference.”

Kresge works to expand opportunity for low-income people in America’s cities. Its Health Program works to reduce health disparities among children and adults by addressing conditions that lead to poor health outcomes.

While the expansion will still have significant impacts on the neighborhood, the Environmental Law & Policy Center’s Howard Learner says that the campaign can be a model for cleaning up other rail yards in Chicago and around the country.
“If Norfolk Southern can modernize its rail yard operations so can other companies,” says Learner, executive director of the group. “This should become a floor, not a ceiling, and be replicable by other rail companies. We want to have a race to the top in Chicago and Cook County. Rail yards can try to outdo each other in cleaning up their operations.”
Meanwhile Jones said the campaign helped invigorate Englewood residents to continue advocating for green space and other improvements in their community, including overseeing the development of the trail that’s part of the Norfolk Southern agreement.
Deserie Forbes, who has lived in Englewood for decades, says the situation raised her awareness about environmental justice.
“The situation with people having asthma in this community is quite prevalent,” says Forbes, 78, who lives a block from the rail yard expansion area. “At my age I’m not going anywhere, so I’m glad the organizations were able to get a better result for us.”
Source:The Kresge Foundation
Opinions expressed in this blog are those of the author, and do not necessarily represent the positions of the Moving Forward Network or its members. All errors are the responsibility of the author.